Born of La Capitale and SSQ Insurance, Beneva kicked off its inaugural ad campaign; announcing it will launch the brand awareness campaign on October 11 on television, billboards, web banners as well as social media.

The concept for the television ads, which are lighthearted in tone, is based on the company’s determination to find the best spokesperson with several Quebec celebrities up for the role; namely, Rita Baga, Sonia Benezra, Joanne Vrakas, Sarah-Jeanne Labrosse, Marie-Lyne Joncas and Manuel Hurtubise.

“Since we are highly motivated by the desire to put people first, the ad campaign brings home the idea that our best ambassadors are our employees—people looking out for people. We want to present Beneva as a new major player in the insurance industry, a company that is approachable and close to its customers .” – Beneva’s Vice-President of Marketing Louis-Philippe Roux.

The brand and company is also continuing with the integration of its operations which will take place in January 2022 for La Capitale and in 2023 for SSQ Insurance. The combined operations of the two companies mean that over 5,000 insurance and financial services specialists will pool their skills and talents to accelerate Beneva’s growth across Canada.

“As we integrate our operations into Beneva, our priority is to maintain a consistent customer experience for all members, clients, policyholders and partners. This is why we decided to transition to Beneva one company at a time.” – Beneva’s President and Chief Executive Officer Jean-François Chalifoux.

La Capitale and SSQ Insurance go to market as Beneva

The Quebec-based mutual insurer, which has more than 3.5 million members and clients, was created through the merger of La Capitale and SSQ Insurance.

La Capitale and SSQ Insurance announce that their merger of equals is now official, creating the largest mutual insurance company in Canada with over 3.5 million members and clients. 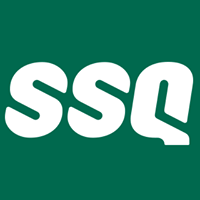 No medical exam is required for these products.