Health Plan Intermediaries Holdings, LLC, which business in Washington state as Health Insurance Innovations , has paid a $1.5 million fine for more than 50,000 violations of Washington state insurance laws and rules – the largest single penalty against an insurance producer in the state’s history. The company has been the subject of investigations in other states for allowing deceptive sales practices.

HII, which describes itself as “a market leading cloud-based technology platform and distributor of innovative health insurance products,” sold 34,351 health insurance-related products to Washington consumers from Jan. 1, 2016 through Oct. 1, 2018, collecting $24.5 million in premiums.

As a result, HII indicated in the order that it voluntarily suspended business in Washington state in April 2019.  In addition, the office took action against six individual insurance producers who worked for HII and ultimately surrendered their licenses along with fining Ameritas Life Insurance Co. for allowing HII to sell illegal products.

“This was an egregious case of flouting state laws around what types of companies are allowed to sell insurance and what products are legal to sell here. HII had the highest number of law violations we’ve ever seen from an insurance producer in the history of our state.” – Mike Kreidler, Insurance Commissioner of Washington State.

In 2018, HII settled a multistate examination into its sales, marketing and administrative practices by agreeing to pay $3.4 million and monitor its sales practices more closely. The examination was led by Indiana’s insurance commissioner and included 42 other states. Washington state opted out of the settlement. 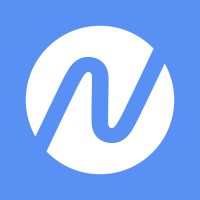 The company looks to streamline data exchange between carriers and their partners to reduce inefficiencies during benefits enrollment.

The company is extending its process for exploring, reviewing, and evaluating alternative strategies focused on maximizing shareholder value that commenced in July 2019.