Founded in 2017, the startup is a team of ~20. The company looks to streamline data exchange between carriers and their partners to reduce inefficiencies during benefits enrollment.

“It should be simple for someone heading to the doctor to confirm, right on their phone, that they are covered for the visit. Someone considering a new job offer should be able to factor in how the benefits package meets their needs. Noyo works every day to make those experiences possible – we take care of the technology under the hood so software teams can stay focused on building the tools people deserve.” – Shannon Goggin, CEO and co-founder of Noyo.

“With Noyo, partnering with the software platforms our customers love is easier than ever, combining the trusted Ameritas brand with powerful technology that unlocks amazing experiences.” – Drew Fleming, Senior Vice President of Group Distribution and National Partners at Ameritas.

Building on its digital strategy, Sun Life will leverage Noyo's digital infrastructure to offer a broad portfolio of group, voluntary, and supplemental health benefits and services to some of the industry's top HR benefits platforms. 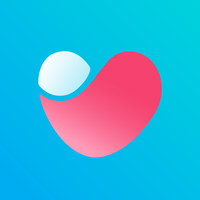 Humana and Heal plan to expand its current footprint to offer primary care via virtual and in-home encounters to new geographical markets such as Chicago, Charlotte, and Houston.

The company has been the subject of investigations in other states for allowing deceptive sales practices.