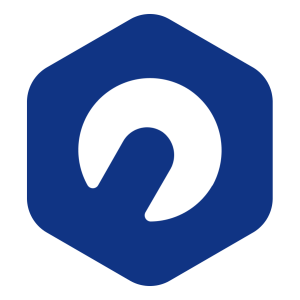 Back in May, businesses across the US reeled in the face of COVID-19 and a long list of unknowns. Companies had shed millions of jobs (over 16 million) within the span of a few short weeks.

Christine Garza, a career insurance professional and underwriter at a promising insurtech, was among those millions. As commercial carriers scrutinized their solvency, Garza was left to ponder where life would take her and whether insurtech would be a part of her journey any time in the near future.

The Threat that Inspires

Garza has over 14 years of commercial insurance experience in various underwriting and insurance sales roles with legacy carriers. As an Executive Underwriter with The Hartford, Garza led new business strategy and sales plan execution for her local underwriting team.

“The experience was invaluable,” recalls Garza. “I thought I would retire from The Hartford, but as I experienced the same customer complaints year after year and saw small startups innovating, I began to wonder if I really was on the path to the future of insurance.”

Insurtech startups began creating buzz in the mid 2010’s. Small, scrappy startups followed the fintech model of applying app-driven automation to not only improve but often circumvent sluggish processes and systems. McKinsey & Company described the industry in 2017: “Insurtech — the threat that inspires.”

On the Insurtech Train

In 2019, Garza made the leap and joined Blackboard, an insurtech startup and subsidiary of AIG. As a new business underwriter, she opened regional relationships with top national brokerages in the western territory and led initial premium production in AZ, CA, NM, and TX.

“I loved having so much freedom in a strategic role,” Garza says. “I felt that my impact was maximized on a small and agile team.”

In early May, Blackboard closed its doors suddenly, leaving Garza wondering if she would rejoin a legacy carrier or move forward with a new insurtech. She took the time to be with her family, readjust to the changing world, and apply to a few positions. Nothing really felt right, though, until an old colleague, Emilio Figueroa, reached out about a potential opportunity with Foresight, a commercial insurance insurtech focusing on high-hazard workers compensation. 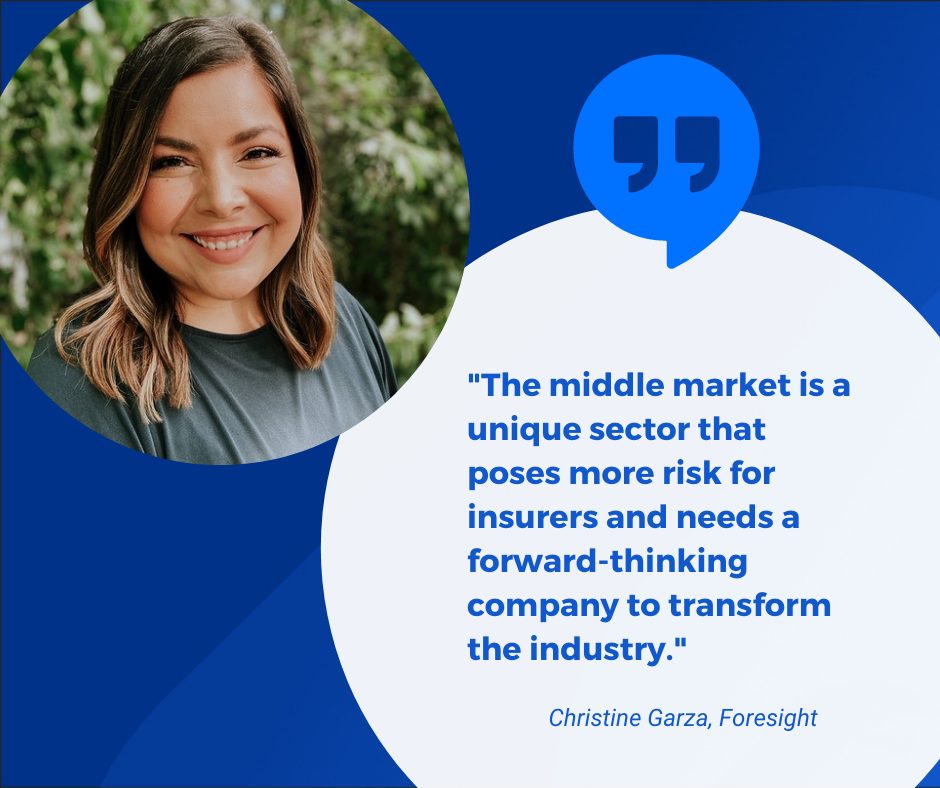 Garza has only been with Foresight for six months, but in that time she’s helped launch and grow the company’s flagship workers compensation program from zero to over $130 million in submissions. Foresight, which operates by appointment only, has partnered with over 100 brokers and is on track to underwrite $50M in premium in 2021. A major factor in Foresight’s growth, says Garza, is that it closes the insurtech gap within the middle market business segment.

So far, most of the commercial insurtech buzz has been focused on direct-to-consumer operations focusing on small business. Understandably so: there is massive potential for self-serve platforms in business insurance. But the middle market is not as suitable for self-serve due to increased risk complexity, multi-state needs.

Brokers, too, add immense value to middle-market clients by knowing their business history and having the resources and expertise to find the right solution and help navigate claims.

“Until now, middle-market brokers have not seen a carrier that provides ease of use and a streamlined risk management solution that incentivizes safety,” continues Garza. “It’s a unique sector that poses more risk for insurers yet truly needs a forward-thinking company to transform the waste that currently exists in the industry.”

“Lives and livelihoods. Employees of hazardous industries in this sector are at a greater risk for experiencing workplace incidents. Technology can and should be implemented to prevent such life-altering events.”

COVID-19 has forced legacy companies to digitize more quickly. Insurtechs like Foresight had an early start but the race to innovate is on.

“It’ll be sprint after sprint within a marathon,” says Garza, “And I think we’ll be able to have a unique impact on an untouched segment of businesses in the southwest and California.”

In uncertain times, insurers can trust both the fundamentals and innovation

Insurance has been managing through uncertainty for centuries (and some historians would argue, for even longer). These times also call for us to continue innovating so that we are better equipped for both the challenges & opportunities of tomorrow.

“Foresight is a true innovator in the insurtech sector, with the ability to move nimbly and with agility that many underwriting companies cannot,” said Kristen Komer, Foresight's new VP, Head of Marketing.

The steam engine powering the disruption of the $6 trillion insurance sector is insurtech, representing only $4 billion in market size but growing at a rate of 50% year over year and comprising a tenth of the ever-increasing fintech pie.

Through the adoption of risk management tech to support a sound safety program, workers comp premiums can then be better customized to each employer — especially those experiencing rates based on their loss history from 2–3 years prior.