Jim Dwane, currently bolt’s Chief Revenue Officer, will take on the role of bolt’s CEO in the United States. With this move, Dwane will join bolttech group’s executive leadership team.

“bolttech’s continued growth and expansion presents exciting opportunities for our customers, partners, and our team. These changes further strengthen bolttech’s incredible leadership team and position the company for continued success. Eric has made significant contributions to bolt in the United States, and the insurtech industry. He founded the company in the United States and had the vision to build the largest property and casualty insurance exchange in the world, leading its development and evolution from the beginning. Eric is the obvious choice to now lead bolttech’s global insurance exchange business into our next chapter of growth and expansion. I’m also thrilled Jim will succeed Eric, and we are confident he will build upon the success of the business and further accelerate its growth.” – Rob Schimek, bolttech Group CEO.

bolttech extends Series A funding round to $210 million

When I think of bolt, I think of Usain Bolt, the greatest sprinter of all time, and Disney’s Bolt, which... 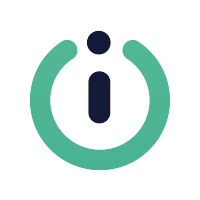 The acquisition of i-surance extends bolttech’s global footprint from 14 to 26 markets across North America, Asia, and Europe.

With a full suite of digital and data-driven capabilities, bolttech powers connections between insurers, distributors, and customers to make it easier and more efficient to buy and sell insurance and protection products.