According to TechCrunch, The Zebra closed a $150 million Series D round; bringing its total funding to around, $256 million.

The Austin-based car and home insurance aggregator is a team of 280 plus people. It generates revenue in two primary ways – selling insurance through its in-house agency and receiving a fee for redirecting online shoppers to partner sites.

Back in May, The Zebra recorded net revenue of $6 million and that number grew to $8 million in September. “We kind of became profitable accidentally,” said CEO Keith Melnick. “Our objective is always to lose as little money as possible and keep heading towards profitability, but we got here sooner than we expected.”

Speaking of insurance aggregators (Coverager tracks over 200 of them), Keith Moore, who joined insurance comparison site CoverHound in 2013 as its Chief Marketing Officer and later took the role of CEO is leaving the company following the company’s acquisition by Brown & Brown.

Bottom Line: The business landscape consists of a series of moves and countermoves and for now, we’re looking to Policygenius , The Zebra’s main competitor. Also, insurance aggregators in both personal and commercial lines are attracting a lot of interest, but don’t expect to find the Kayak – or Google – of insurance.

Cinch partners with The Zebra

Under this new partnership, The Zebra will offer its customers the option of complementing a home insurance policy purchased through its platform with a Cinch Home Protection Plan.

The pandemic chronicles of The Zebra

The pandemic hit The Zebra at the peak of their high season as car sales increased during the spring months. 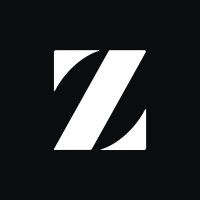 The Zebra turns a profit

Upcoming initiatives for the company include home and auto bundling capabilities as well as a refreshed and personalized results page informed by machine learning, aimed at creating long-term relationships with consumers as their insurance advisor.

The first Series C round announced this year by a P&C player.