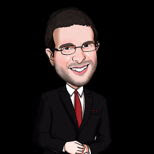 Insurtech Root, a telematics-based insurer, yesterday announced its full-year 2020 results. While key metrics like premium growth, customer numbers and claims ratio improved, net losses increased 56% compared to 2019 and the total cost of acquiring consumers is unsustainable at $3,370 for 2020.

Revenue fell to $50.9 million in the quarter from $106.5 million in the fourth quarter of 2019, and the company attributed the decline to a new reinsurance program it mentioned several times, including the fact that it was not renewed in January because it believed it would get more favorable terms in April.

For 2021, the company said it is slowing expansion into new states, but they still hope to cover 85% of the addressable car market by the end of 2021.

As with their first earnings report, investors were not impressed with the result: Shares fell about 8% in trading after the stock market closed below $15 ~ 44% below its IPO price of $27.

Feel free to reach out if you wish to discuss this in more detail. Click here to set up some time.

About Insurtech Advisors Insurtech Advisors is dedicated to helping regional insurance carriers and agencies find and partner with Insurtechs enabling you to thrive and continue to meet the needs of your members and independent agents. We work closely with your team to identify opportunities and aspirations and then personally curate and introduce you to the best Insurtechs to pilot.