“Instant everything. Killer prices. Big heart.” That’s the value proposition of Lemonade; the P2P home and renters mobile-first insurer that has been in stealth mode since forever. 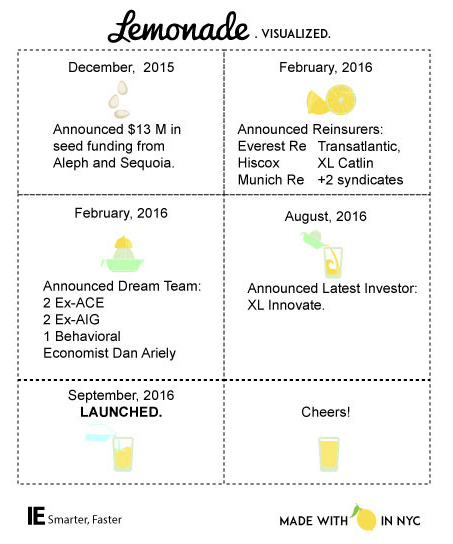 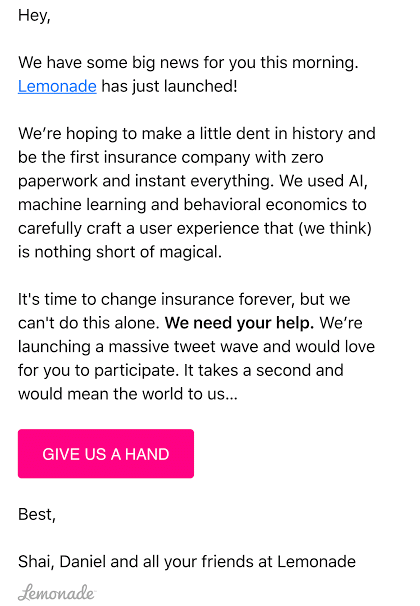 Watch (and note the integration of third party data to cut down on questions asked.)

Op-Ed. Lemonade is channeling elements from Bike-ID and GiveSurance. First, the company is requiring policyholders to record a video to file a claim, which brings to mind Bike-ID. Recall: Bike-ID is a Berlin-based startup that has partnered with If Insurance to allow bicycle owners to purchase theft and/or damage coverage via a mobile app, but only after the customer has uploaded a five-second video that identifies the owner, the bike, and the registration time. Second, the company has a scheme in place, which they refer to as Giveback and that’s where the P2P element kicks in. Any unclaimed money in Lemonade’s piggy bank will be donated to a charity selected by the policyholders, when they purchased coverage. That’s where GiveSurance comes to mind, aka the insurance startup launched in 2013 to help policyholders donate a cut of their insurance premiums to charity. Bottom Line: a refreshing combo for New Yorkers. Keyword: combo. 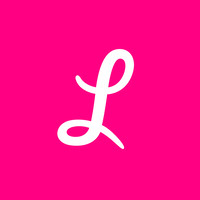 Lemonade announced its plans to launch a new pet health insurance product. The NYC-based insurer sent an email to customers...

Lemonade is now a GEICO Insurance Agency partner. The latter has referred approximately 5,000 visitors to Lemonade’s site in November.