“We are excited to announce our new name and rebrand as part of our continued evolution in helping advance the insurance industry.” – Bruce Simpson, chief executive officer.

“Building on the success of DataCubes, Convr will continue to provide its advanced technology and exceptional client service focus that customers have grown accustomed to since our launch in 2016. As we continue to grow and innovate, the name Convr best represents our vision of empowering commercial P&C insurers through decision science.” – Harish Neelamana, co-founder and president. 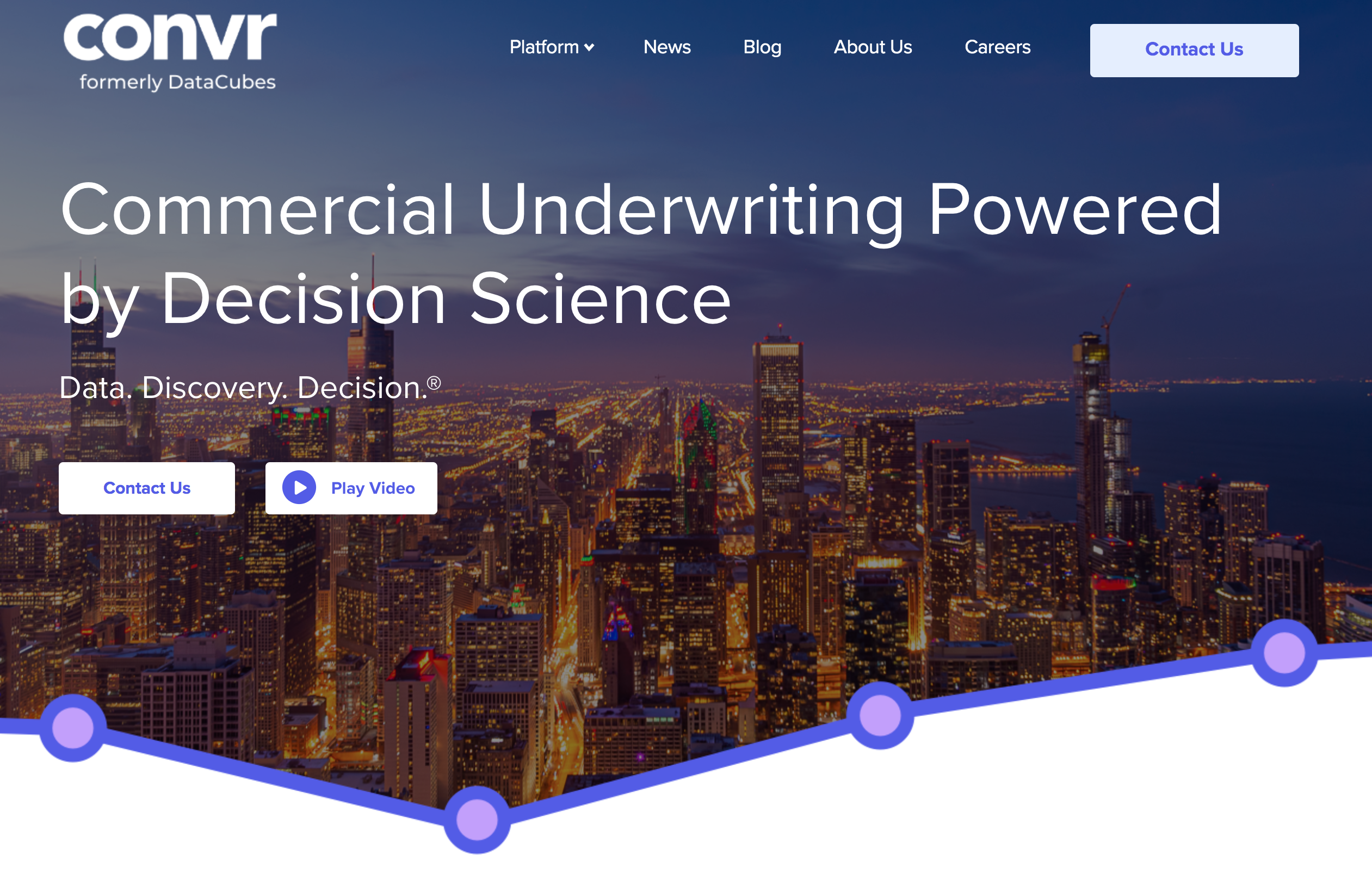 The rebrand follows the termination of cofounder and CEO Kuldeep Malik which took place in March as well as an ongoing lawsuit by Intellect SEEC against Datacubes and Kuldeep Malik (“Defendants”) filed in May 2019; ahead of the company’s $15.2 million Series B funding announcement.

According to Convr’s PR team, it is their “policy not to comment on litigation,” however they offered the following statement: “Convr’s decision to rebrand is based on better aligning our name with our identity. Convr represents the concept of convergence between decision science and commercial insurance. The new name represents our vision of empowering commercial P&C insurers through innovative technology. We feel it is important for the company to have a name that goes beyond ‘data’ and better represents the full potential of what AI can do.”

Convr is a team of over 50 people, according to LinkedIn. The company was established in 2015 and has since raised a total of $17.7 million. According to prior announcements made by the company, it works with The Hanover, Selective Insurance, RLI, Columbia Insurance Group, Penn National Insurance, Tangram, WCF Insurance and Synergy Coverage Solutions.

Finally, there are too many questions left unanswered such as what is the cause for termination and what would become of the company now that its leading cofounder is out?