Confused.com’s new chief marketing officer has launched his first ad campaign since joining the company, which features Irish actor and Sons of Anarchy star, Timothy Murphy, aka Butcher of Belfast.

The new campaign marks the end of the James Corden era as an ambassador for the online comparison site – The Late Late Show and Carpool Karaoke host has been with Confused.com since August 2016, replacing ‘Brian the Robot’, which we’ll get to soon.

Sam Day, the new CMO of Confused.com has joined the company in January, replacing Paul Troy, who’s been with the company since late 2015. According to The Drum, Sam Day decided to end the relationship with James Corden, as the actor was the one standing out, not the brand – “People weren’t talking about Confused.com or the link to driver insurance. It wasn’t about price comparison, it was about James Corden. So, top marks for entertainment, but we needed to tweak it to get people thinking about the brand. The brand was not standing out.”

And yet, according to Paul Troy, the James Corden ads delivered strong results – “During the ‘Brian era’ there was a decade of decline and we’ve now had two years of growing the business with Corden.” According to the company’s results for the first half of 2017, revenue for the comparison site grew to £72.5m, up from £64.0m in the same period in 2016.

Founded by Simon Nixon, an investor in The Zebra , moneysupermarket.com has recently ended its relationship with Mother after 7 years. During that time, the ad agency has created several memorable campaigns, contributing to a 38% business growth and the highest traffic numbers in the site’s history.

And then there’s comparethemarket.com. Founded in 2006, the comparison site, part of BGL Group , launched the Compare the Meerkat campaign in January 2009. Created by VCCP, the campaign features Aleksandr Orlov, the founder of comparethemeerkat.com, a comparison site for meerkats. The campaign, which still runs today, features a series of videos and offers perks such as meerkat toys and movie tickets for people who shop for insurance on the site. The result? Following the campaign, comparethemarket.com was ranked as the 4th most visited insurance website in the UK, up from 16th in January 2008.

Enter ‘Brian the Robot’. In June 2013, Confused.com introduced Brian the Robot – the work of Publicis London. The ad featured Brian being designed and built in a Confused.com workshop, to later explore the outside world with the mission to help consumers save money on insurance.

Later on, in a move to mimic the successful Meerkat campaign, Confused.com offered customers a free Brian toy with every purchase of car or home insurance through the site.

Yesterday, we wrote about Amazon considering a UK insurance comparison site. It will be interesting to see what type of ads Amazon would throw into the mix, if in fact it will launch a site. The company’s 2018 Super Bowl ad, which featured famous celebrities such as Anthony Hopkins, Gordon Ramsey, Cardi B, and Jeff Bezos himself, received more YouTube views than any other spot during the game.

The collaboration will focus on several areas. 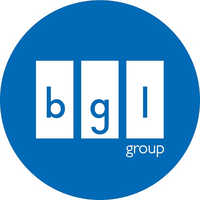 Comparethemarket.com is not part of the deal.