In May 2020, we covered pet insurance startup Bingo. The company launched with an “intelligent dog insurance” offering and a partnership with Boost Insurance. The product was underwritten by State National, marking its first pet insurance program.

Unlike other pet insurance companies, Bingo required a pet owner to download an app (iOS only) to receive a quote. The app also included additional features such as the ability to submit claims and it even had a ‘health’ feature where Bingo could track the owner’s location and motion while walking the dog for the sake of coaching and helping the owner become a better pet parent.

Today, Bingo’s ‘get a quote’ button doesn’t seem to be functioning and its iOS app is no longer available on the App Store. According to a source Bingo is moving away from its original offering but it appears that the company isn’t exiting the insurance space altogether. Here’s a screenshot of Matt Gordon’s LinkedIn profile, the founder and CEO of Bingo. 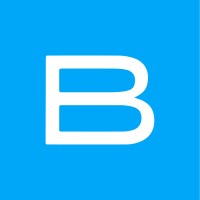 The two launched an insurance product for cryptocurrency.

Established in 2017, Boost Insurance allows its partners to offer white-labeled digital insurance solutions to their customers.

The company teams up with Boost Insurance to create entirely new category, a paid parental leave program that offers new moms and dads holistic support to keep valuable employees on board.