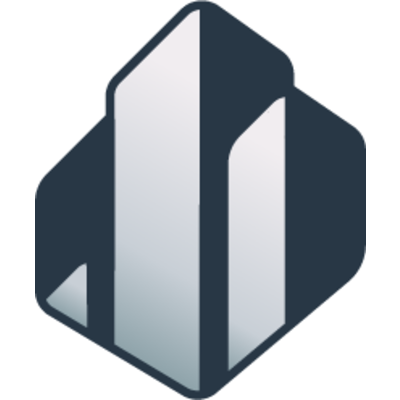 Big I Associations of MN and WI partner with DAIS to provide a small commercial portal for over 1,350 agencies in 90 days to gain efficiencies and fuel growth

Chicago, IL – December 10, 2019 – Insurance technology company DAIS, the Independent Insurance Agents of Wisconsin (IIAW), and the Minnesota Independent Insurance Agents & Brokers (MIIAB), today announced a partnership to provide all state association member agencies with their own portal that they can use to write small commercial business online. Agency portals will be made available to all association members in the two states within the next 90 days as a member benefit.

“This technology to connect agencies, companies and insureds is unprecedented, something that simply wasn’t possible before, said Jason Kolb, DAIS founder and CEO. “This partnership gives independent agents capabilities that have previously only been available to the largest digital agencies and insuretechs.” Kolb said that as of December, DAIS has the ability to scale this technology to agents of all sizes, which in effect lets any agent compete with the likes of Insureon.  “We’re excited to be able to bring that same level of technology–and better– to Big I members,” said Kolb.

According to Dan Riley, CEO of the MIIAB, these portals will allow agents to remain relevant and competitive in the small commercial insurance market. “This partnership is  exciting because we’re opening up a market that has been out of reach for many agencies because of the tremendous expense involved,” said Riley. “This will provide a great competitive advantage to our members”

“Over the past several years national carriers have been connecting to digital agencies at a rapid pace, while the more traditional agencies have been falling farther and farther behind. We are leveling the playing field for independent agents,” said Matt Banaszynski, CEO of the IIAW. “Not only that, but we are helping the smaller carriers who rely on our agents to stay relevant through this time of technological innovation.”

According to Kolb, the portals allow member agents to connect directly to their best carriers in multiple ways to improve efficiency and give policyholders instant access to the best markets. The partnership helps carriers by giving them one way to connect to their entire agency force. Rather than time-consuming one-off integrations which take months, carriers can now integrate with most of their agents in one easy motion. “It’s like a universal remote for all of your agents,” said Kolb. “It’s wildly more cost effective than doing hundreds of one-off integrations and it’s the kind of innovation that the insurance industry badly needs.”

According to Aaron Larson, DAIS’ Chief Revenue Officer, “the most sophisticated carriers have been able to connect to anywhere between 10 and 50 digital agencies over the last several years and it takes months to do each one. We’re deploying for two entire states over the next 90 days which includes over 1,350 agencies,” said Larson. Larson also noted that DAIS is already transacting business with hundreds of agents and over 80 carriers. “We appreciate the partnership we have with the Big I associations and we wanted to do something extraordinary for the Big I and its members, and we now have the ability.”

“We expect the new agency portals to help our agency members grow, attract new employees that demand modern technology, and substantially reduce E&O exposure,” said Matt Banaszynski, CEO of the IIAW.  He continued by noting that “our partnership with DAIS allows us to democratize technology to our agency members and help their carrier partners to achieve efficiency gains and growth more rapidly. This is a seismic shift in the industry where everybody wins.”

“The small commercial solution has been a collective effort including input from hundreds of agencies and 15 carriers who participate on an Underwriter Innovation Council which meets monthly. We are grateful to the MIIAB and IIAW associations for coordinating this massive effort between the broad number of carriers and agencies, and are excited about the growth and efficiency gains we can help bring to their members,” said Larson.

Interested carriers can contact DAIS at www.dais.com, and agents will hear from their association representatives in the next 30 days.

The MIIAB helps its members to make the commitment to building and strengthening the independent agency system.  This association spreads the value that independent agents bring to their customers and communities. The MIIAB equips it’s 5,000 individual and 750 agency locations to grow as agents, businesses and professionals.

The MIIAB actively fulfills your needs as an independent agent by keeping its members informed within the insurance industry, by providing them with opportunities for education and professional development, and to advocate on its members behalf.  It provides its members with the resources to give its member agencies a sustained competitive advantage. Learn more at www.miia.org

About The Independent Insurance Agents of Wisconsin (IIAW)

The Independent Insurance Agents of Wisconsin, founded in 1899, is the largest and most influential independent insurance agent association in the state. Over 5,000 agents at 600 locations along with 80 insurance companies turn to the IIAW as a thought leader and strategic partner for the future. The IIAW provides the products, resources, knowledge and technology to help its members compete and win in a bricks and clicks marketplace. Learn more at www.iiaw.com

Chicago-based DAIS is an insurtech startup that is committed to bringing the insurance industry into the 21st century. DAIS’s primary focus is connecting agencies and carriers with a cutting-edge software platform purpose-built to handle the complexity of insurance. DAIS has a simple vision: a day in which agents, carriers, and policyholders are connected in real-time through a cooperatively-owned digital network creating a win-win-win for everyone involved. Learn more at www.dais.com

This technology is set to revolutionize insurance, making underwriting and risk management faster, more efficient, and more accurate than ever before. UnderwriteGPT generates new data and insights that will differentiate brokers and insurers.

Dais and Perr&Knight have teamed up to streamline speed to market for insurance products. StateFilings.com, an exciting new addition to the Dais 3.0 App Store, makes implementations easy and automated for customers on the Dais platform.

Dais customers can now bring any insurance product to market faster, connect any product to any data in the world, and fully automate any product with plugins that do everything from document generation to customer emails to re-rating and more.