Atlas Financial Holdings announced the execution of a non-binding letter of intent among the Company’s subsidiary American Insurance Acquisition, Inc., Buckle Corp and the statutory rehabilitator of the Company’s indirect subsidiaries American Country Insurance Company and American Service Insurance Company, Inc. for the acquisition by Buckle of the stock, charters and state licenses of American Country and American Service in a collaborative transaction described further below, as an important continuation of Atlas’ strategic plan. Buckle is a technology-driven financial services company that previously acquired the stock, charter and state licenses of Gateway Insurance Company, which was an indirect wholly owned subsidiary of the Company and, Buckle’s core business focuses on part-time transportation network company drivers and is complementary to Atlas’ focus on full-time drivers in the Livery, Paratransit, Taxi and TNC segments.

This agreement includes the following components:

The Company is also taking steps to reduce expenses as part of its transition to a MGA. As a result of COVID-19 and the issues related to the insurance subsidiaries’ rehabilitation, the number of vehicles covered by insurance in force and their time on the road within its target market is currently significantly less than what it would have otherwise expected it to be. While it continues to be very difficult to forecast expected future premium volumes, the Company is taking necessary steps to align the scale of its operations with anticipated workloads and revenue. The Company is implementing expense reductions, including a 30% – 40% reduction in staffing through a combination of layoffs and furloughs, within the next 60 days. The majority of planned headcount reduction relates to functions traditionally necessary to support the Company’s insurance carrier subsidiaries. Other steps have already been taken to reduce other operating expenses.

Scott D. Wollney, President & CEO of Atlas, stated, “The relationship with Buckle has been very constructive thus far and we see a number of synergies and incremental opportunities to work together as partners. Despite the challenges we all face in light of COVID-19 and the impact it is having on demand for insurance in the commercial auto space, continuing to make progress with strategic activities like this will best position us to optimize opportunities in the future when economic recovery begins. We are very proud of our Team and their ability to support one another, our customers and business partners. As a smaller organization in the near-term, Atlas intends to focus on generating positive EBITDA from our MGA operation and best positioning the operation for future success.”

The LOI is non-binding and subject to negotiation of definitive agreements. Therefore, there can be no assurance that the transaction will be consummated on the terms described herein or at all. In addition, the transaction will be subject to court approval and may be subject to a bid process established by the Rehabilitator and approved by the court. The description of the LOI contained herein is a summary only. The terms of the LOI and any bid process will be made publicly available by the Rehabilitator, or if proceedings for the liquidation referred to above are commenced, the statutory liquidator of American Country and American Service. Assuming the successful consummation of the transaction, Atlas and Buckle plan to continue to explore other potential opportunities to build on this partnership.

All remaining in-force American Country and American Service policies are expected to be canceled with thirty days’ notice following the date of liquidation, unless the policy term of the policy has an earlier expiration date or the insured has replaced the policy prior to that date and time. The Company expects AGMI to provide alternative quotes for all accounts that meet underwriting guidelines. 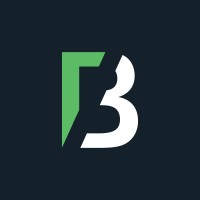 Gateway was formerly an indirect subsidiary of Atlas Financial Holdings, Inc. (Atlas), which provides auto insurance to the light commercial automobiles market in the U.S.

As gig economy rideshare drivers step up to deliver food and supplies during COVID-19 crisis, Buckle responds with comprehensive protection for insured members

Buckle Insurance is now available to eligible Lyft drivers in Georgia with other partners expected in the coming months. The...