In August 1995, Microsoft introduced the Internet Explorer browser, which was designed specifically for its operating system Windows 95. During the same month, 16-month old web browser startup Netscape, which was founded by Marc Andreessen and James Clark, went public. At an opening price of $71, Netscape made its public debut with a market cap of over $2.7 billion, about half that of a popular company at the time – Apple. Like many other public startups, Netscape never made a profit and in Q2 1995, it lost $1.6 million on revenues of $11.9 million.

Netscape was the first mainstream web browser and it got its start by offering a good product that was free of charge for individuals. In 1995, it was projected that 8.3 million people would use the web and in April 1996, Netscape dominated the market with an 87% market share. The battle between Netscape and Microsoft was already intense and both companies leveraged different tactics and offered a variety of incentives. Microsoft’s browser included free access to the Wall Street Journal, MTV Online, and more, while Netscape offered free access to the New York Times, and Sony Music, among others. But in July 1996, Microsoft brought the hammer down with an announcement that it will embed Internet Explorer into Windows 95, which at the time was running on nearly 90% of all desktop computers. And if that wasn’t enough, in 1997 Microsoft announced a partnership with Apple, which resulted in Internet Explorer becoming the browser of choice on Mac computers.

In the first nine months of 1997, Internet Explorer’s share of the browser market nearly doubled to 39.4%, while Netscape’s slipped from 73% to 58%. And in late 1998, it was reported that Internet Explorer passed Netscape to become the top browser with a 49.5% market share.

Netscape couldn’t compete with Microsoft’s distribution muscles and it was sold to AOL in a $4.2 billion deal. Andreessen became the CTO of AOL but he didn’t stay for long. Another high-profile individual who left was programmer Jamie Zawinski who shared his opinion about the acquirer, “AOL is about centralization and control of content,” he wrote. “Everything that is good about the Internet, everything that differentiates it from television, is about empowerment of the individual.” Apparently, the Web3/anti-centralization movement isn’t all that new.

One of the famous sayings attributed to Napoleon is that if you want a thing done well, do it yourself. Internet Explorer had a very strong embedded strategy that presented a good product to a large user base by a committed partner (Windows 95). Finding an equivalent embedded insurance strategy is difficult but isn’t impossible. Tesla Insurance has a good product (thanks to lower premiums) which is distributed by a committed partner (Tesla) to a large user base. I recently connected with an executive working at an insurance startup who pointed out that Tesla’s insurance premiums are too low and unsustainable. This individual may be right but Tesla’s main business isn’t insurance – it’s selling cars – and they would probably be fine with having insurance as a loss leader if it helped sell more cars. This gives Tesla an alternative that doesn’t exist for insurance companies that are in the business of insurance.

But before you start evaluating your partner’s user base and level of commitment, you should keep in mind that a good embedded strategy generally starts with a good product. So when a powerful distributor by the name of Google came along, their superior Chrome browser knocked out Internet Explorer. 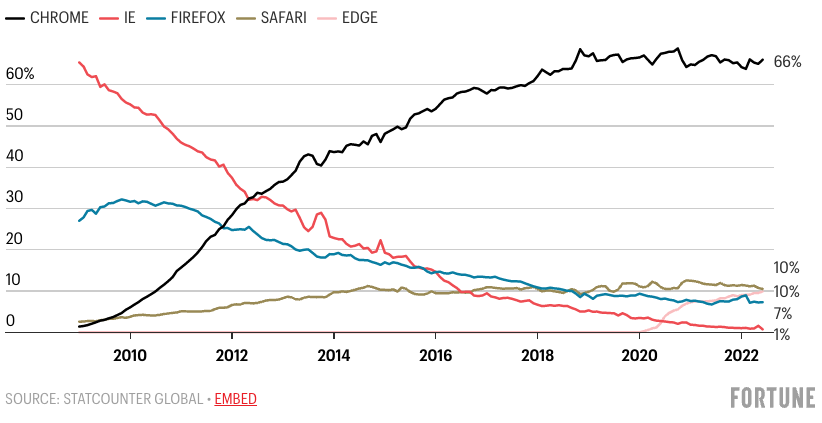 Shefi likes to say that there are a thousand ways to sell insurance. She’s right. But whatever you choose, choose to have the right product and choose, as Napoleon said, to do it yourself. 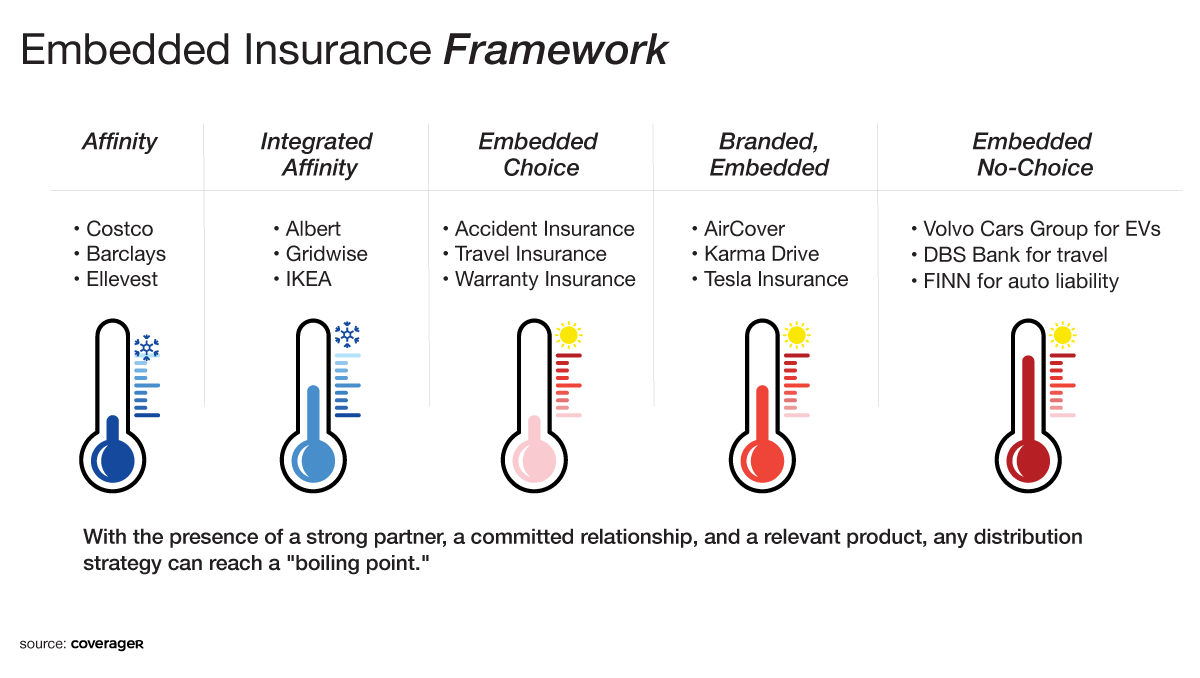