Bottom line up front: 2019 has seen Legal & General reaffirm its commitment to intermediaries in the protection market.

After a successful pilot, Legal & General rolled out an industry-first Rental Protection Plan, a bespoke product tailored for the rental market. Following intermediary feedback, Legal & General also made a series of enhancements to its Critical Illness Cover, improving the quality of cover and reducing complexity, as well as announcing a series of enhancements to its Income Protection Benefit offering. 2019 saw the launch of Legal & General’s ‘Hero in the Middle’ competition, an initiative designed to celebrate intermediaries going above and beyond for their clients and their families.

The insurer has also remained at the forefront of the Business Protection market, raising awareness about the importance of protection for the UK small businesses with its leading State of the Nation’s SMEs research.

Legal & General wanted to take the opportunity to share some of the key highlights throughout 2019.

In October, Legal & General announced the full roll-out of its innovative Rental Protection Plan (RPP) for tenants. The insurer became the first UK provider to offer this type of cover targeted specifically at the rental population, following a successful pilot with the Mortgage Advice Bureau (MAB) in February. The product is now exclusively available to all Legal & General intermediary partners and comes as part of Legal & General’s commitment to growing the protection market and addressing the underserved and growing Private Rental Sector.

July saw Legal & General announce a series of updates to its Critical Illness Cover (CIC) products, enhancing offerings to improve the quality of cover and reduce complexity. Following feedback from intermediaries who said they preferred similar conditions to be grouped together where appropriate, the insurer broadened and simplified definitions to include merged terminology. Quality over quantity is really important and the updates aim to make the CIC products easier for intermediaries and customers to understand, allowing for more straightforward and streamlined protection conversations with their clients.

The changes came as part of Legal & General’s aim to support intermediaries and to raise awareness about critical illness cover and to continue providing competitive, quality cover.

In May, Legal & General announced its eighth round of Income protection updates in 18 months. The series of enhancements to Income Protection Benefit (IPB) included the removal of generic alcohol and drug exclusions, an increase in the overall maximum benefit limits, the introduction of an Income Guarantee specifically for specific NHS workers, and extended support services, adding to our suite of additional support benefits for mental and physical help, such as Legal & General’s Rehabilitation Support.

The insurer also introduced more competitive pricing on its IPB products, providing customers with a quality product at an even better value. These changes will act as a springboard for further IPB updates in early 2020.

Hero in the Middle

In January, Legal & General launched its ‘Hero in the Middle’ competition, championing intermediaries and celebrating the ‘hero’ role they play in the protection market. Intermediaries were encouraged to submit their stories via an online portal, where Legal & General then selected stories that demonstrated the true value of intermediaries by either improving a client’s cover or having the right cover in place when the worst happens.

The competition’s first winner was Neil Bohan from Personal Touch Kent, who was nominated by his client. Neil received the award his client, who was diagnosed with Leukaemia, told a heartfelt story on how the advice he gave meant her family didn’t have to worry about paying the bills and could focus on looking after her. Protection could be the insurance people need the most and have the least, and it’s intermediaries who make the biggest difference by providing advice and support. A second iteration of the campaign launched in July, with the next winner of the Hero in the Middle competition set to be announced soon.

“2019 has been a strong year for Legal & General , and stands us in good stead looking ahead into 2020. We’re extremely proud of the progress we’ve made this year; the launch of our market first Rental Protection Plan being a significant milestone. Recognizing an underserved sector and being the first insurer to provide a solution has been a pivotal breakthrough for us as a business in 2019. Our goal for this year was to continue to build our specific intermediary only propositions by listening, evolving and supporting our Intermediary partners in the best way possible. Delivering product enhancements such as our CIC proposition was a great testament to this, along with the launch of our ‘Hero in the Middle’ campaign, recognizing the valuable role intermediaries play in the protection market. We will continue to listen and support intermediaries and look forward to seeing what 2020 brings for Legal & General and the wider protection industry, where we hope to see continued positive market growth.” – Craig Brown, Director of Intermediary, Legal & General

The company provides a range of home products and services geared towards renters on the move.

The company will invest and deploy the grant money in up to six dynamic health-tech businesses that have a proactive, predictive and preventative advantage; helping reduce cost and occurrence of ill-health, linked to the aging process. 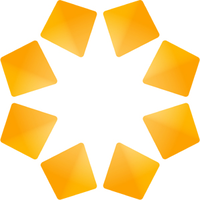