Videobot allows insurers to use video to facilitate FNOL

Dublin-based Videobot announed today the launch of XCLAIM, a mobile-based video claims platform that handles everything from FNOL (first notice of loss), to claims approval, and later to reporting, because what doesn’t get measured, doesn’t get improved. 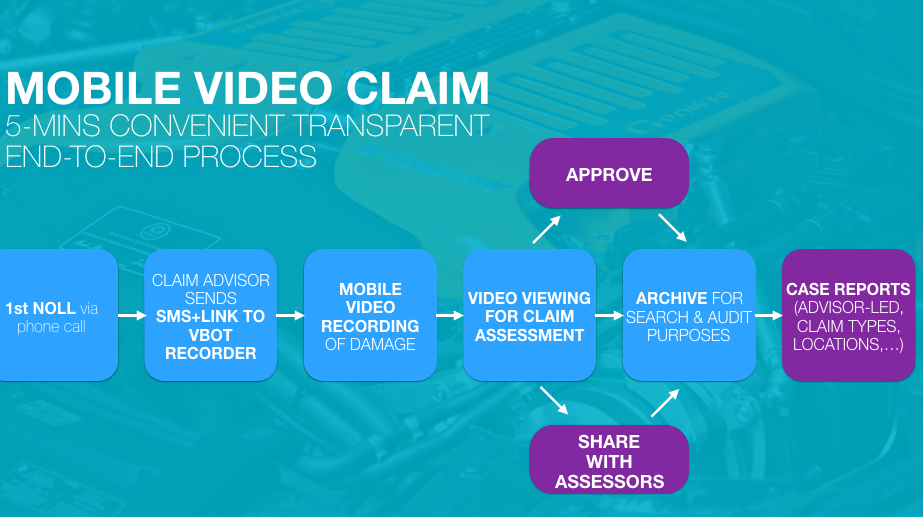 Here’s how it works: a claim representative can text or email a policyholder a link to a secure video recording interface to record the car’s damage. Vice versa, anyone in the field can text a specific keyword such as ‘claim’ to initiate the recorder for self-use. A thing to note: insurance is one out of 3 verticals in which Videobot operates in with its versatile co-branded video platform.