New York-based telemedicine company TytoCare has raised $50 million in a round of funding co-led by Insight Partners, Olive Tree Ventures, and Qualcomm Ventures, with participation from Orbimed, Echo Health, Qure, Teuza, and others. This round brings the company’s total funding to over $106 million.

Established in 2011, the telehealth company offers a handheld exam kit that anyone can buy for $299 to conduct a comprehensive examination and telehealth visit, anytime, anywhere. 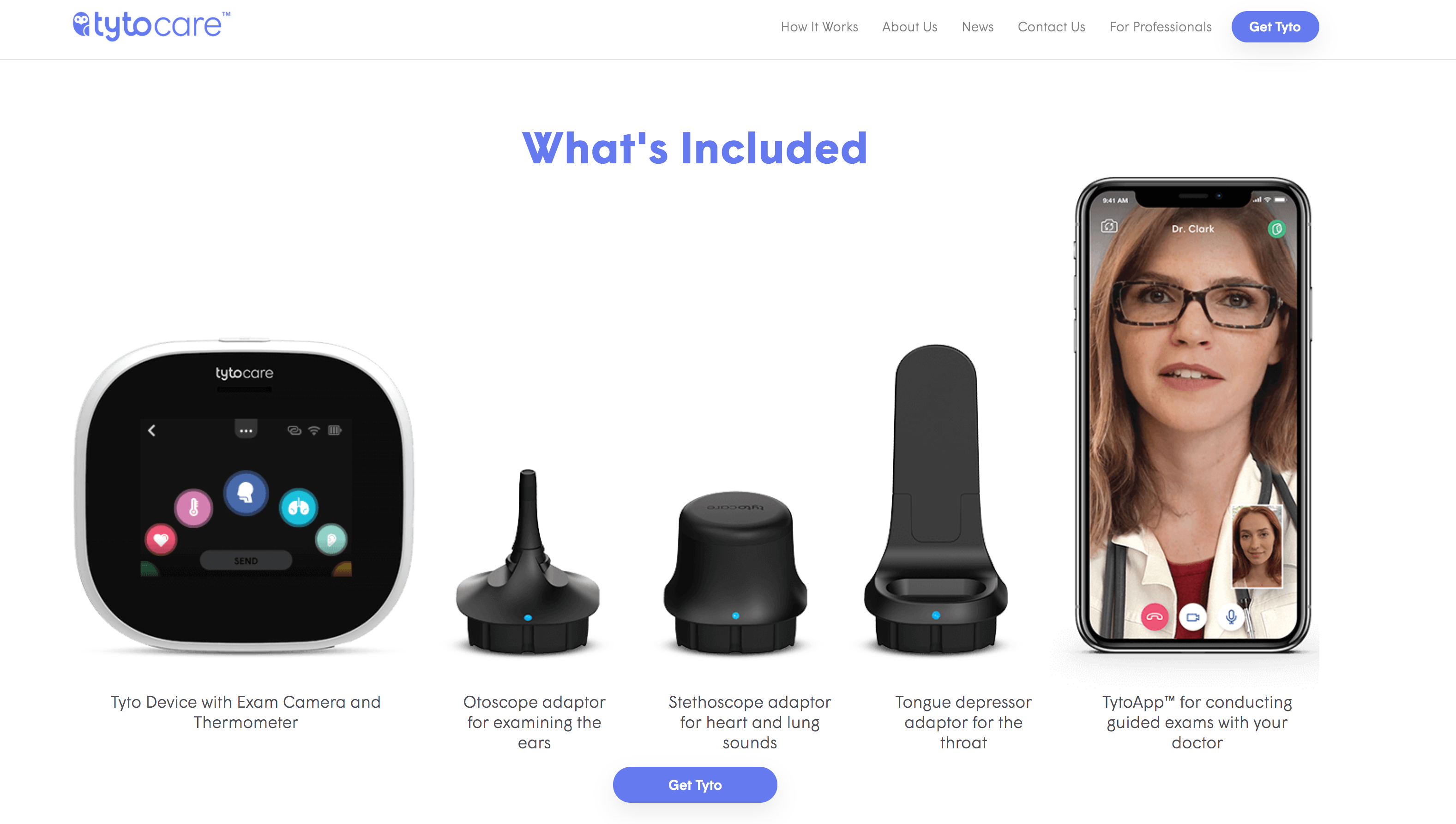 “I started reading about the TytoCare, after searching proactively for any available thermometer during the initial onset of the COVID-19 Pandemic. Needless to say, thermometers were sold out everywhere, seemingly the moment the Stay at Home orders were declared in California. Initially, I merely glanced over the TytoCare because the cost was considerably more than I was hoping to spend at the time. After coming back to the website several times – I began to research on how the TytoCare would be beneficial to me and my family. The expense aside, I found the ease of use – would be a major benefit to us now, and in the future. I have a two kids – an early teen and a toddler – and as luck would have it, I have my senior parents living with me during the pandemic. Despite my initial hesitation about the cost, I took a shot and ordered one the TytoCare and opted for curbside pickup at my local BestBuy. It took less than the quoted five days and got the “Ready for Pickup” notice about three days later, this was by far the easiest and smartest curbside service imaginable. The device itself is smaller than I expected- which is a perk because it’s not at all heavy. My only fear is dropping it. The TytoCare is ready for use the moment you power it up. I had already downloaded the App and was able to sync the device within a few minutes. The device includes a power cord and all three adaptors, as well as several tongue depressors and disposable ear specula. Obviously, we played with the thermometer on the kids – but soon put it away. The next morning my father – who is generally as healthy as an ox, woke up with a headache and ringing in his ear. Later that afternoon, the ringing became constant. He refused the idea of going to an urgent care. The next morning he was losing his balance and it was then, that we used the TytoCare to administer several of the tests. The ear exam is super easy, it auto detects within seconds and uploads with no problem. The tongue depressors is as simple to use – but I suppose we should have practiced first… it records a 30 second video, but not knowing what it’s supposed to record, we did it several times. The device syncs to your phone instantly, and the tests download to the app with a push of a button. Five minutes or so, we had input a credit card and were speaking to doctor via the LiveHealth portal. The doctor was impressed by the quality of the images and was able to diagnose an inner ear infection with a minutes. She was very friendly and reassured us all would be well within a few days and was able to send a prescription to the pharmacy we had chosen beforehand at the nearest pharmacy. The experience was in some ways even better than a live consult. My father was able to ask several questions and never felt rushed. As the whole family stood around and marveled – the doctor was nice enough to say hello even to my little one. TytoCare has within a few days become indispensable to us. With the added advantage of not having to leave home during the current situation – the cost seems less important. I am glad I made the purchase and feel this device will only make our lives easier. – Feedback submitted yesterday via Best Buy.

TytoCare, a telehealth company with breakthrough technology for conducting comprehensive examinations and telehealth visits, anytime, anywhere, today announced that it...