Gordon Gaudet, Executive Vice President, Chief Innovation Officer. Mr. Gaudet joined Selective in 2013 as Executive Vice President, Chief Information Officer. Prior to that, he spent nine years as a Director and Co-lead of Deloitte Consulting’s Insurance Core System Transformation practice in Chicago and served on the systems integration advisory boards for Program/Project Management and Delivery Methods and Tools. Mr. Gaudet was also Partner and Chief Information Officer at The Actuarials Exchange, LLC, with responsibility for all company technology. He attended the University of Manitoba, Canada.

Amy Cusack, Assistant Vice President, Innovation and Strategy.  Ms. Cusack joined Selective in 2006 as a Senior Auditor in the Internal Audit department and most recently served as Director, Strategic Operations. She earned her bachelor’s degree in Business Administration from the University of Notre Dame in Indiana and her Master of Business Administration from the Leonard N. Stern School of Business at New York University. Ms. Cusack is a Certified Internal Auditor and Certified Fraud Examiner, and holds a Certification in Control Self-Assessment® and a Certification in Risk and Information Systems Control.

Linda Link, Assistant Vice President, Underwriting Quality Assurance.  Ms. Link joined Selective in 1999 as an Underwriting Supervisor then spent 16 years in Selective’s Contractors Strategic Business Unit (SBU). Most recently, she served as a Segment Manager in Selective’s Small Business SBU. Ms. Link earned her bachelor’s degree from Rutgers University in New Jersey and has a Master’s certificate in Project Management. Additionally, she holds designations as a Chartered Property and Casualty Underwriter and a Certified Insurance Counselor.

George Melvin, Assistant Vice President, Claims Operations and Automation. Mr. Melvin joined Selective in 2010 as a Senior Learning Management Specialist and most recently served as Director of Claims Automation. Prior to joining Selective, he served as a Claims Training Manager at American Modern Insurance Group. Mr. Melvin holds designations as an Associate in Claims, an Associate in Insurance Service, a Senior Claims Law Associate and Lean Six Sigma Black Belt.

Steven Neal, Assistant Vice President, Line of Business Manager. Mr. Neal joined Selective in October 2019. Prior to that, he served as Director of Strategic Sales Capabilities for the Middle and Large Commercial Business Segment at The Hartford. Mr. Neal earned a bachelor’s degree in Finance and Banking from Appalachian State University in North Carolina and holds the Chartered Property and Casualty Underwriter and Associate of Risk Management designations.

Ernest Williams, Assistant Vice President, Assistant Controller. Mr. Williams joined Selective in September 2019. Prior to that, he served as an Accounting Manager with National General Holdings Corp. He holds a bachelor’s degree in Economics from Stony Brook University in New York and a Master’s degree in Accounting from Fairleigh Dickinson University in New Jersey. 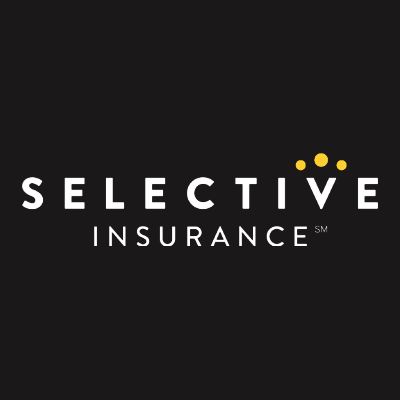 Selective has announced that John J. Marchioni, who has served as the Company’s President and Chief Operating Officer since 2013,...

Selective has unveiled a new brand message “signaling the next evolution in the 93-year-old property and casualty insurance company’s brand legacy.”... 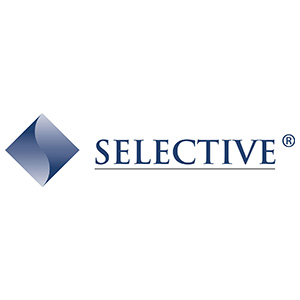 Selective is working with its “ivy league” independent insurance agency partners to ensure customers are aware of potentially dangerous recalls...

Selective Insurance announced the launch of its Selective Drive app for customers with commercial vehicle accounts.     Developed in partnership...