In 2019, Plaid’s co-founder William Hockey announced that he would step down from his position as the company’s chief technology officer and president. Today, after three years of building, he is announcing Column, a nationally chartered bank “built from the ground up” for developers and anyone creating new financial products.

Column describes itself as the developer infrastructure bank, helping new financial companies avoid “expensive middleware providers” that power legacy sponsor banks. The company says that it built its own core, ledger, and data model for the purpose of powering unique use cases at any scale. 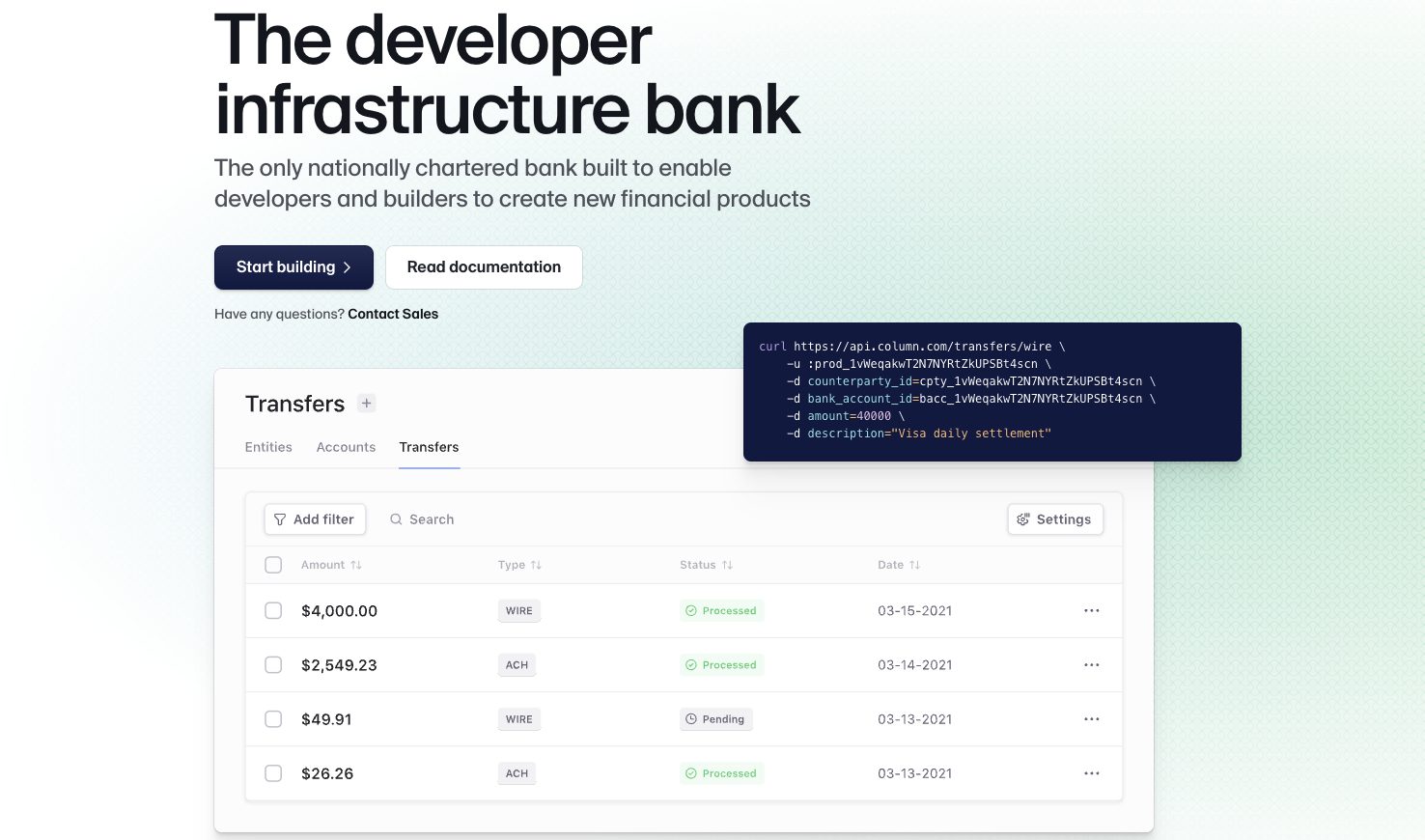 To get their hands on a bank charter, Hockey and his wife and co-CEO Annie Robertson Hockey, bought Northern California National Bank, a community bank with one physical branch in Chico, California. The purchase price was approximately $50 million.

Column offers a range of products including bank accounts, ACH, card programs, and lending. According to its site, it powers startups such as Brex, Plaid, Point, and others.

“I’ve spent time with (literally) thousands of companies building in financial services and it is painfully obvious that the biggest bottleneck to their growth and innovation is the underlying banks they rely on. Financial services needs to be consumer, developer and internet first; however, in order to do this it needs a new backbone. Three years ago we set out to fix this, starting from first principles and building a bank from the ground up.” – William Hockey.

The proposed transaction was first announced on January 13, 2020.