Nationwide has opened a new innovation center, The CoOperative, at the site of the former Arena Grand theater in Columbus, Ohio’s, Arena District. The CoOperative’s unique architectural features pay homage to Nationwide’s farming community roots while also setting up Nationwide “for its next 100 years.” While The CoOperative will initially be used by Nationwide associates, the goal is for the space to engage the community as well as host events that attract innovators from all over the country and the world to Columbus.

“Innovation has always been a part of Nationwide’s culture,” said Scott Sanchez, Nationwide’s chief innovation officer. “The CoOperative is part of our strategy to rapidly evolve to meet the needs of our customers as we work to find innovations that truly delight and surprise them…and to enable the innovators across Nationwide that make it happen. The CoOperative won’t be just a building…it will be a member of the team!”

The CoOperative is a purpose-built space, designed to accelerate the human-centered collaborative work Nationwide’s teams need to do every day. Nationwide used the same approach the company uses to create innovations for its customers in the design of its space, “design thinking”, to create a space that is ideal for experimenting, talking to customers, creating prototypes, and other work crucial to the innovative process.

The CoOperative was built to be flexible so that it can change as needed for the work to be done. A key design principle was having the space evolve to the way individuals and teams need to work every hour and every day instead of the other way around.

“Our teams collaborated closely throughout the development of the CoOperative, bringing together our respective expertise to create the best environment to innovate,” said Kieran Sherry, senior vice president for Nationwide Corporate Real Estate. “We’re excited about this unique space and how it will accelerate innovation across Nationwide.” 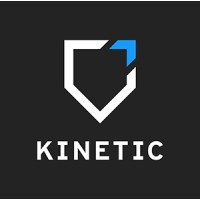