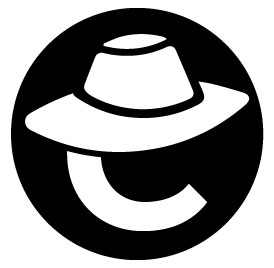 The views and opinions expressed in this article are those of a Coverager reader that asked to remain anonymous. Coverager verified startup employment.

I had almost a decade of commercial underwriting experience and had been at an insurtech for about a year but disagreed with the direction the company was being taken by a leader without an insurance background.

I heard about another insurtech in town that seemed more focused on backend integration, which I thought would scale better. I met with the two cofounders, neither of which had insurance experience, but they had prior experience creating, and successfully exiting a software startup. The technical team seemed solid with a couple programmers, a graphic designer, and a data scientist. They just needed a domain expert for insurance. And so, it all made sense.

At the last round of the interview process, they asked me to create a go-to-market plan for them. I’ve always thought these type of interview projects amount to free consulting for a company, but it seems to be the new normal.

Anyways, I accepted the full time offer with stock options and all, and started.

Then Things Got Weird

Right away, I was presented with a list of insurance related items that they hadn’t been able to figure out on their own. I was told to answer those questions and expand on anything else they needed to know. However, I was also instructed not to communicate with the cofounders or any other employees outside of scheduled meetings. One cofounder told me that his schedule was too busy to meet with me at any time other than 8 am or 6 pm, despite being at his desk almost the entire day. Nonetheless, I acquiesced to the meeting times without comment.

I was told not to put on LinkedIn that I worked there. I was excluded from any meetings involving external partners or investors, despite the founder telling me during the interview process that he wanted me to join him in those same meetings.

I prepared a rating worksheet and detailed list of action items required to launch the product. Rating, classification, underwriting, systems & technology integration, customer service, policy documents, claims, premium audit, endorsements, etc. I covered it all. The reaction was that I needed to “write out everything with enough detailed explanation”, so that they “would have everything they needed without having to discuss my (work product) with me again to understand it.”

The founder made it clear that despite entering into MGA agreements, he wanted to go “full-stack” within a few months. The founder bragged, ‘Oh I just tell these insurance companies what they want to hear. I make up how many employees we have and what the software can do. To be honest I don’t really respect the other startups that are signing MGA agreements. We’re trying to build a billion-dollar company here that can replace the entire commercial insurance industry. I want to be able to walk into a room with all these big insurance companies, then just tell them to go F— themselves.’

When I laid out in detail the timeline, requirements, and resources required for getting an approved filing in even just one state, the annoyed reaction was, “We’re going to have to learn to get outside our comfort zone, and push through walls”. I clearly interpreted this as an expectation to circumvent regulatory law, to get a product launched in time for an upcoming Series A round.

It had become clear to me that I had been given a full-time offer under false pretenses, and was just being used as a consultant. I fortunately had another job that I had already started interviewing for that I pursued. Sure enough, my suspicions were confirmed when a week and a half after my start date, I was abruptly dismissed without cause. I honestly laughed when the founder lied through his teeth that “I was already clearly phoning it in”, and “still had a bit of a hangover, acting like I was still working at an insurance company”.

In hindsight, it all made sense. The consulting style projects, the meetings at strange hours, the order not to communicate with other employees, the instructions to give them exactly what they needed in writing, the compulsive lying, and fraud.

Know what to avoid

I have decided not to reveal the name of these individuals or the company in question, to avoid any reprisal against myself or my family. The decision to share this story was not motivated by animosity or score settling. I am doing fine in a great new job and living well, which is all that really matters after you’ve been mistreated, as long as you know it isn’t a continuing threat.  However, I know that other investors, insurance carriers, and professionals could fall into the same trap that I narrowly escaped from. Therefore, my hope is that this cautionary tale can help others identify when to exercise the most underrated risk control technique, “avoidance” .

“There is no greater agony than bearing an untold story inside you” – – Maya Angelou.     Bottom Line: the...