Photo by Tom Ritson on Unsplash

Earlier this week, McDonald’s announced the ~$300m acquisition of Dynamic Yield to help it display digital menu boards to drive-thru customers that can change throughout the day to reflect items more likely to be sold by taking into consideration factors such as weather, traffic, time, and even how long a customer waited in line.

About that $300m price tag
– It’s ~$20m less that what McDonald’s and franchisees are spending to modernize restaurants in New York alone! 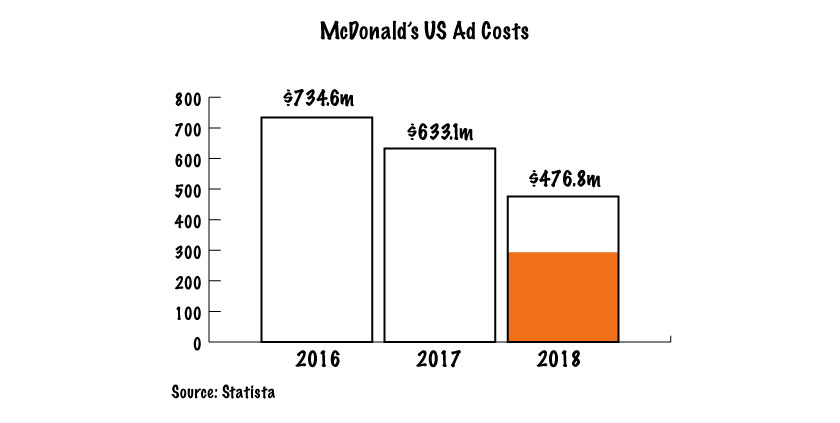 But the Big story here isn’t Big Data, it’s the Big problem McDonald’s is trying to solve for. In the US people are visiting McDonald’s less often, partly because McDonald’s is losing share of breakfast orders to competitors like Taco Bell [problem #1]. And the company’s partnership with UberEATS (which began in late 2016) comes at a cost. While McDonald’s says that delivery orders are about twice the size of an average in-restaurant check, UberEats takes a 20% cut of every order, according to three franchisees who shared their frustration with AdAge. In other words, McDonald’s is earning less on its modern consumer base [problem #2] and – with this acquisition – is likely looking to offset the cost of meeting the expectations of its future customers. 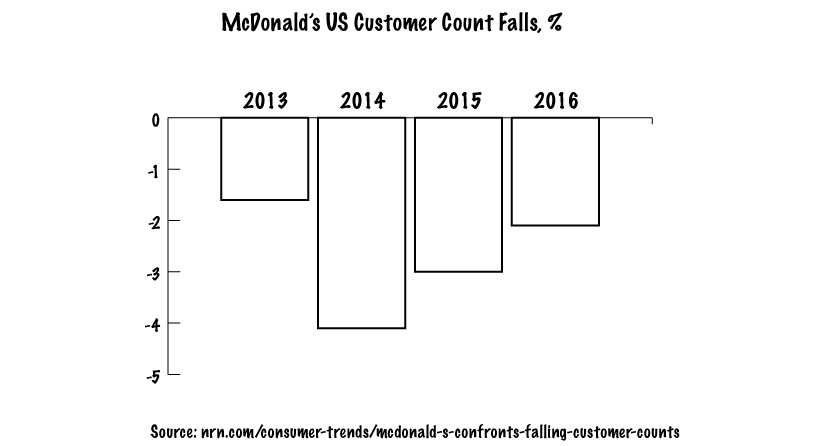 The price McDonald’s pays to be on UberEats is equivalent to the price insurers pay for going online (being convenient). With all its goodness, the internet also means democratization, which also means commoditization.

– Unlike McDonald’s, up-selling options in insurance are limited.

– But just like McDonald’s, insurers need to explore ways to offset the cost of being convenient.

“Another way to prosper in a commodity-type business is to be the low-cost operator. Among auto insurers operating on a broad scale, GEICO holds that cherished title.” “Originally, GEICO mailed its low-cost message to a limited audience of government employees. Later, it widened its horizons and shifted its marketing emphasis to the phone, working inquiries that came from broadcast and print advertising. And today the Internet is coming on strong.” – Warren Buffett, 2005.

Well, things change. GEICO isn’t always the cheapest (never actually was) and its popularity on the internet is more costly than ever. According to a 2013 SNL Financial report, GEICO has spent about $6 of every $100 it collected in premiums on advertising, totaling $1.2b. This statistic sheds no light on GEICO’s customer acquisition costs as it combines renewals and new policies – not necessarily a bad view, however here’s a different view… Consider the graph below, which illustrates GEICO’s yearly ad spend from 2004 to 2018 and new policies sold each year (excluding renewals) – the idea is to assess the acquisition costs of GEICO’s new policyholders for the year. And while GEICO doesn’t share revenue data generated from new policies for a specific year, you can clearly see that their acquisition costs increased significantly since their first days selling insurance online. 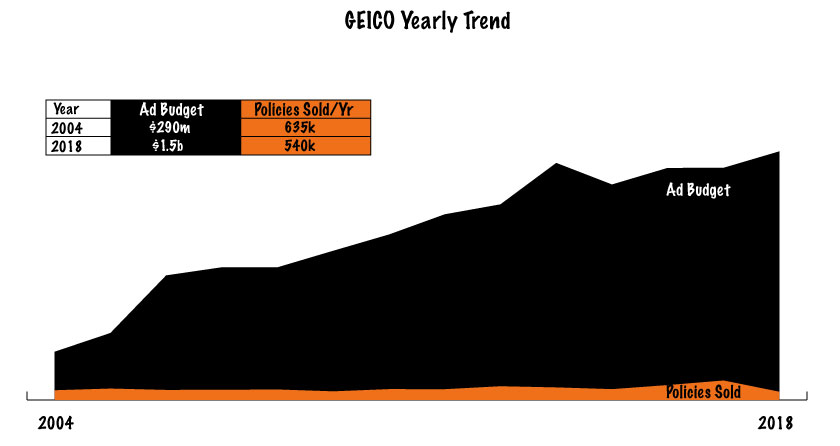 Btw, this is GEICO’s first ever Snapchat ad sent to current auto policyholders who may be in the market for a new car or another life stage: 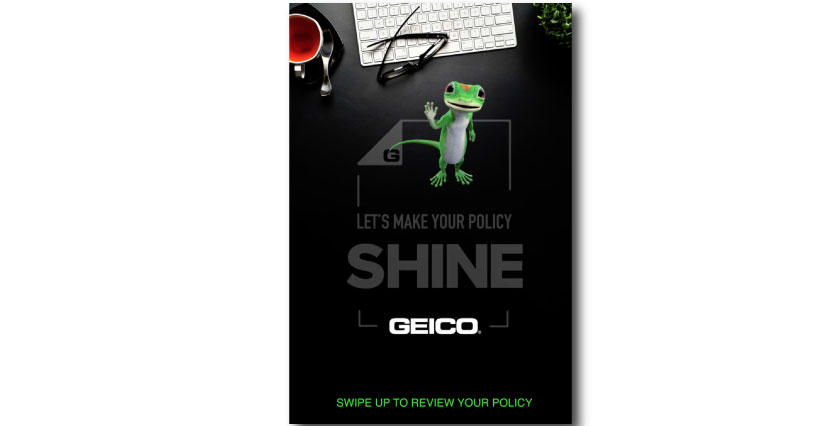 GEICO’s strategy is (1) working, is (2) ‘taken’ and for most insurers – is beyond their reach. Consider this last bit – in 2015, 10 insurance brands controlled ~45% of the P&C market. In 2018, 9 brands controlled a similar share. Too soon to call this a trend, but when you’ve spotted a trend, you’re already late to the game.

Bottom Line: All that is lost with convenience can be regained with experience.