KBC, CBC and KBC Brussels customers who have a Fitbit smartwatch or activity tracker can now use it to pay in shops that accept Maestro and have contactless payment available. The initiative makes KBC the first financial institution in Belgium to offer Fitbit Pay. The launch adds to KBC’s commitment to pioneering new payment methods and follows the bank’s introduction of Google Pay and Garmin Pay.

“The launch of Fitbit Pay in Belgium is an ideal solution for KBC customers who lead an active life. We recently provided the possibility to pay with Garmin Pay and the feedback we’ve received has been very positive. A more general wearables payments trial where customers can pay with their watch, ring, bracelet or key holder, is now running and again the reactions are promising. By including Fitbit Pay in our range of payment solutions, we hope to satisfy even more active customers. It allows a seamless connection between sport and payments, with no need to carry cash or your bank card.” – KBC’s General Manager of Digital Transformation, Karin Van Hoecke.

Contactless slowly but surely becoming an established means of payment 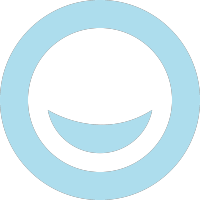 Users will be able to easily access PlushCare's app to book a virtual doctor's visit.

KBC wants to be a platform for everyone

After introducing several features to its banking and insurance app, “will go a step further” by opening up its mobile...

A first for Belgium: PayPal integrated in KBC Mobile Banking

KBC customers can consult their PayPal account via KBC Mobile; as the bank continues to play its role as a...