Jet Lag? Not With Timeshifter

Meet Timeshifter – “the quickest and most reliable way to eliminate jet lag.”

“Developed by world-renowned” scientists based on the latest sleep and circadian neuroscience, Timeshifter allows travelers to create their own easy-to-follow, personalized jet lag plans based on their sleep pattern, chronotype, itinerary, and optional preferences such as pre-travel adjustment or the use of melatonin for even faster adaptation. The app, which enjoys a 4.8 star rating on the App Store offers different in-app purchases that include individual jet lag plans and annual plans. 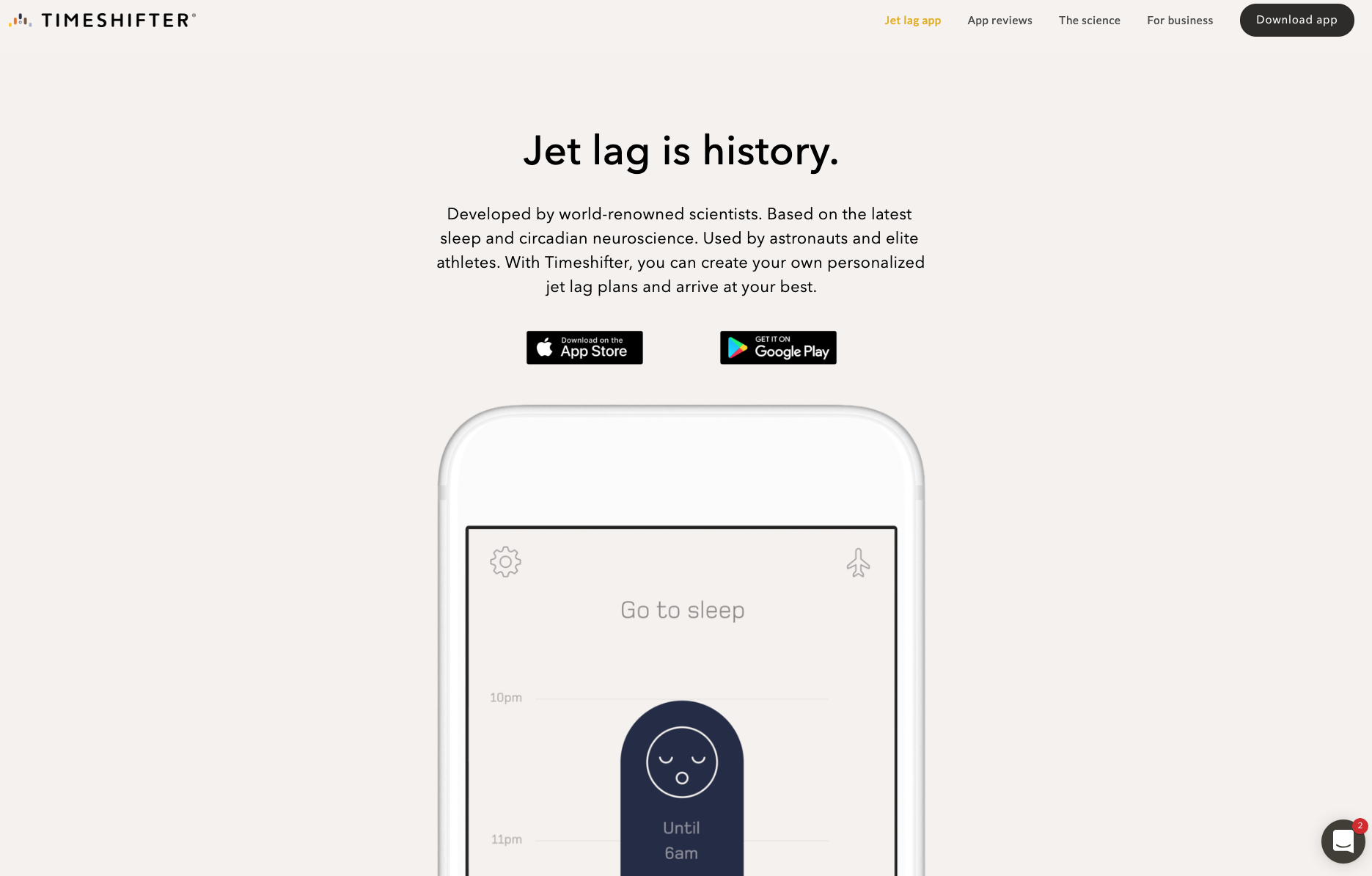 “Astronauts are always looking for anything that can give extra bandwidth, focus, and energy for the crucial moments. It’s critical to avoid costly mistakes and can even affect our survival. When I was an active astronaut at NASA, I used the same science-based circadian algorithm as Timeshifter is deploying in their app. When on missions, it helped me prepare for launches at odd hours, and to perform at my best on orbit. On earth, it helped me to eliminate jet lag when traveling to train in time zones as disparate as the U.S., Japan and Russia. I can’t recommend Timeshifter enough.” – Michael López-Alegría, Retired NASA astronaut.

Bottom Line: Your next travel insurance partner and/or policyholder perk.