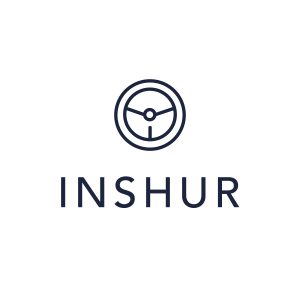 London and New York, June 2018: INSHUR has today announced details of its expansion into the UK and confirmed the appointment of taxi insurance expert, Edward Hill, as Head of Underwriting.

Hill’s appointment heralds INSHUR’S expansion into to the UK, a move prompting the opening of an office in Moorgate, London. The UK rideshare marketplace is significant, with around 400,000 licensed drivers and an insurance sector worth over £600m in premiums.

Moving from the Lloyd’s Syndicate ERS and formerly Haven Insurance, in Gibraltar, Hill brings unique expertise and insight into the insurance sector in the UK.  He was instrumental in the redevelopment of the ERS taxi account, leading a specialist team writing standard, and non-standard business.

INSHUR opened to drivers in New York in October 2016 and is the fastest growing digital platform for professional and rideshare drivers in New York to get insurance, a market worth near $1bn in gross written premium amongst 165,000 drivers.  In NYC INSHUR is the only operator in the market to enable drivers to obtain quotes and buy an insurance policy via a mobile app. INSHUR is backed by Munich Re Digital Partners.

In February 2018, the partnerships launched the first fully digital product.  In the first month of trading, the company engaged 2,000+ drivers and wrote $3.5m of gross written premium.

“The taxi insurance space has not evolved or modernized for years,” Hill said.  “While many of the companies like Uber have brought change to the market and a flood of new drivers, the process of getting insurance remains analog and out of touch.”

Adding: “I’m impressed to see the success INSHUR is having in New York.  It’s been a modernizing force for drivers there, and I see the same happening in the UK and beyond.  The #insurtech movement has been very much front page news for the last 12 months. While there is a great deal of excitement and buzz, I’m delighted to be working with a business that’s delivering commercial value to its partners, and making the lives of professional drivers simpler.  My personal focus will be to deliver underwriting profit by using the latest technology, data, and strict underwriting control.”

David Daiches, Co-Founder of INSHUR, said: “The appointment of Ed to the team is a significant one.  We are now establishing ourselves in the UK and aim to bring new products to market in September this year.  Through our partnerships, we are unique in our ability to provide UK commercial drivers with an assured level of service and support.

Also to have an in-house underwriter underpins our commitment to provide the best possible products and prices.  Ed brings a wealth of experience to our growing team.”

For background on the new INSHUR product, visit: www.inshur.com or view this product explainer

INSHUR delivers on its mission to make insurance fair and easy with the recent launch of an in-house, technology led claims solution for UK customers.