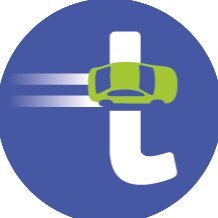 How collaboration between InsurTechs and traditional insurers will drive industry improvements

The rapid rise of InsurTech over the past year should not be seen as a threat to the traditional annual motor insurance model. Instead, it should be seen as an opportunity for collaboration to drive meaningful change in line with rapidly evolving consumer demands.

We know that COVID-related lockdowns prompted consumers to reconsider whether annual insurance was still right for them and they increasingly began to explore more flexible options. This overnight shift in consumer behaviour meant that the large annual insurers were encumbered by legacy systems that did not feature the flexibility or agility to respond accordingly.

InsurTech should be embraced, not resisted

Large insurers generally lack the agility to respond swiftly according to unpredictable market trends, and this is where smaller InsurTech businesses can prove to be invaluable partners, as they are at the heart of the digital UBI product revolution.

They have the proprietary technology and skillset to create bespoke digital products for the large insurers, thereby enabling them to keep up with the industry disruptors through collaboration rather than direct competition – all while satisfying ever evolving customer demand at a competitive cost.  This ultimately means that UBI products should be seen as a complementary add-on, rather than an outright replacement to the existing annual model, which still has an important role to play.

Of course, it’s a two-way street and InsurTechs can also benefit substantially from collaborating with the large insurers. By partnering with a widened portfolio of well-established underwriting partners, InsurTechs are able to expand their coverage options and acceptance criteria, while ensuring that they offer their customers a comprehensive choice of the most competitively-priced policies in the market.

Using aggregators to move InsurTech from niche to mainstream

InsurTech products have traditionally not featured prominently among insurance aggregators, also commonly known as price comparison sites. However, the recent shift in market conditions means that aggregators are paying more attention to the increasingly important role that InsurTech is playing in the greater insurance market.

This represents a measurable growth opportunity for the UK InsurTech industry, as aggregators tend to feature most prominently in online search results, often ahead of individual companies for key search word terms. This provides InsurTechs access to a new pool of potential customers that may have been inaccessible without the support of one or many aggregators.

By 2024, it is estimated that two thirds of the total value of UK motor insurance premiums written will come from online sales [1], making online collaborations more important than ever. But it’s not just about searchability, it’s about brand awareness too.

While InsurTechs are undoubtedly revolutionising the motor insurance industry at an unprecedented rate, our products are still relatively niche and unfamiliar to the wider consumer audience, when compared to the well-established annual model. By working in collaboration with the large insurers and aggregators, InsurTech’s move from niche to mainstream will be accelerated.

Based in Hampshire, Tempcover was established in 2006, and now has a team of 51 employees.

A digital insurance solution for the digital age of shopping

The digitalisation of the UK economy continues unabated, with 2021 e-Commerce sales of non-food products up more than 14% when...

Protecting consumers in the age of rapidly advancing technology

Technological innovation undoubtedly benefits consumers with more personalised products, available within a faster turnaround time, and at a more competitive...