Hippo Enterprises has entered into a definitive business agreement with Reinvent Technology Partners Z, a special purpose acquisition company for the sake of going public.

The transaction has been unanimously approved by the Boards of Directors of both Hippo and Reinvent. It is expected to close in mid-2021, subject to the satisfaction of customary closing conditions, including the approval of shareholders of Reinvent and the stockholders of Hippo.

The combined company is expected to have approximately $1.2 billion in cash at closing, including up to approximately $230 million of cash held in Reinvent’s trust account from its initial public offering on November 23, 2020. The transaction is further supported by a $550 million PIPE at $10 per share that was led by current investors (including Dragoneer, Lennar and Ribbit), top tier mutual funds and Reinvent Capital. After the closing of the merger, Hippo’s existing stockholders are expected to own approximately ~87 percent of the pro forma combined company.

Reinvent believes in structuring its transactions to ensure maximum long-term alignment with the company in which it invests. Consistent with this approach, Reinvent and Hippo have agreed to a long-term lock-up on founder shares for up to two years, and a robust earnout structure with full vesting not realized until the share price reaches $20 per share. Major stockholders and key executives of Hippo have agreed to enter into separate lockup agreements as well.

Founded in 2015 by Assaf Wand and Eyal Navon (who recently left the company for personal reasons), Hippo is currently available in 32 states. The majority of Hippo’s customers are first-time homeowners and sales are primarily driven by agents and mortgage lenders, according to a source familiar with the company.

“We set out with a bold vision: to shift the focus of the home insurance industry back to the end customer – the homeowner. In an industry that has traditionally referred to its customers as ‘policyholders,’ Hippo has carved out its own path. We’ve built products and services with a human touch to broaden home protection to include proactive, smart insurance coverage. Our guiding principle is that the best claim is one that never happens, and if it does happen, then we should make our customers’ experience as smooth as possible. The evolution of our industry must be grounded in meeting today’s customer needs. Through this strategic partnership with Reinvent and an incredible team of world-class entrepreneurs, investors, and employees, we can’t wait to transform the homeowner experience and accelerate our growth.” – Assaf Wand, CEO, and co-founder of Hippo.

“Guided by Assaf’s visionary leadership, Hippo is deploying impressive speed and skill to transform the home insurance industry. Hippo has created its own industry category by rewriting the homeowner experience through insurance. Reinvent’s goal has been to help build industry-leading technology companies at scale for the long-term, and we see ample opportunity to ignite growth and scale Hippo’s business; we believe that Hippo is defining a model that will set the path for years to come in home insurance. With its differentiated technology, insurance expertise, and vertical integration of homeowner services, Hippo fits squarely into our ‘venture capital at scale’ approach. Together, we will strive to create truly revolutionary outcomes for homeowners and this industry.” – Reid Hoffman, LinkedIn cofounder and co-lead director of Reinvent

“Hippo is reimagining home insurance to serve the needs of the modern homeowner. Through deep investments in technology, data, and homeowner services, Hippo has built the country’s most radically user-friendly home insurance company that provides it with a competitive advantage over industry incumbents. Hippo is positively disrupting the insurance industry by offering consumers the first online buying experience that is fast, friendly, and affordable.” – Mark Pincus, co-lead director of Reinvent.

Founded in 2017, Handdii is a property insurance claims fulfillment platform that pairs insurance companies with contractors and ensures that all parties involved in the claim process receive real-time updates.

Founded in 2020, Justos (a team of 25) claims it will be the first Brazilian insurer to use drivers' data to reward those who drive safely by offering "fairer" prices. 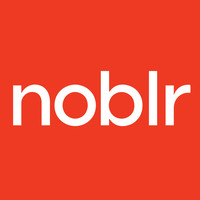