Pan-European savings marketplace  Raisin has announced a new investment of €25m by Goldman Sachs. With the new funding bringing the total volume of primary investment to €195 million, Raisin retains its leading position as the best funded tech startup in the savings and investment area in Europe. The new injection of capital follows the fintech’s recent series D round of €100 million.

With the new funding, Raisin will build its stateside presence to prepare a 2020 launch in the $12.7 trillion U.S. savings market, as well as enter two new European markets within 2019.  Following Raisin’s acquisition in 2017 of Manchester-based PBF Solutions — today Raisin UK (raisin.co.uk) — the startup bought its long-time servicing bank MHB-Bank in early 2019. Now, the fintech aims to further advance its technology, acquire top-notch talent, and broaden its product portfolio. With the backing of pre-eminent global investment bank Goldman Sachs, Raisin will be able to further accelerate its mission of removing barriers and simplifying access to better and fairer savings and investments in Europe and the U.S.A.

A trailblazer for open banking, the Berlin-based fintech was founded in 2012 by Dr. Tamaz Georgadze (CEO), Dr. Frank Freund (CFO) and Michael Stephan (COO).  Since launch in 2013, Raisin has brokered €14 billion for more than 185,000 customers across the European continent. Offering consumers more than 480 savings products from 80 European partner banks, the fintech provides ‘deposits-as-a-service’ to banks all over the European Economic Area looking to diversify with high-quality retail funding from markets beyond their own. Raisin has also built distribution partnerships with N26, Commerzbank, o2 Banking of Telefónica Germany and Yolt among others, making the Raisin marketplace of competitive deposit products available to their customers. 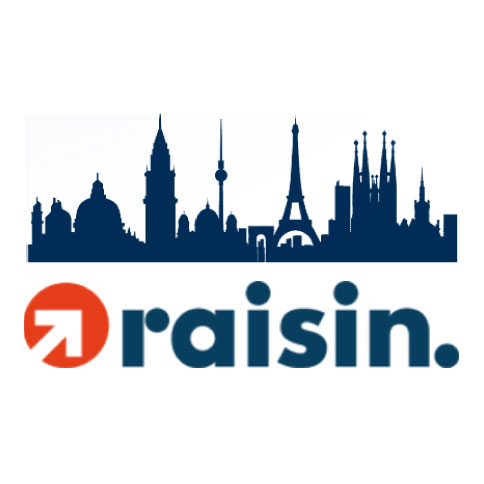 The pan-European savings marketplace Raisin is acquiring fairr, Germany’s leading fintech for retirement savings. In addition to fixed-term and overnight...

, the Berlin-based European savings and investment marketplace, has announced it’s entering the US market with the appointment of financial industry...

, the Berlin-based marketplace for savings and investment products, has announced that it closed a Series D funding round of...