Genworth Financial announced that Genworth has reached an agreement with AXA to settle the dispute between them relating to liability for payment protection insurance (PPI) mis-selling losses (English High Court claim number CL-2017-000795). Genworth and AXA agreed to the settlement following the High Court’s liability judgment dated December 6, 2019 and prior to the High Court issuing its judgment on damages.

This case involves losses incurred from mis-selling complaints for PPI underwritten by two companies that AXA acquired from Genworth in 2015. The policies were sold from 1970 through 2004. Although Genworth considers that the policies were mis-sold by a third-party distributor, the court ruled that Genworth was obligated to pay AXA for its losses, per the terms of the sale and purchase agreement.

Under the terms of the settlement, Genworth has agreed to pay AXA £100 million, or approximately $125 million, by July 23, 2020 (which amount is in addition to a £100 million interim cash payment Genworth made to AXA in January 2020 and expensed in the fourth quarter of 2019). In addition, Genworth also has agreed to issue a secured promissory note to AXA, pursuant to which Genworth has agreed to make deferred cash payments totaling approximately £317 million in two installments: the first on June 30, 2022 and the second on September 30, 2022; and to pay a significant portion of all future mis-selling losses incurred by AXA, to be invoiced quarterly by AXA.

Under the terms of the settlement and the sale and purchase agreement, if AXA recovers amounts from third parties related to the mis-selling losses, including from the distributor responsible for the sale of the policies, Genworth has certain rights to share in those recoveries to recoup payments for the underlying mis-selling losses.

AXA and Genworth have agreed not to enforce, pending satisfaction of certain conditions, appeal or set aside the liability judgment of December 6, 2019 and any judgment in respect of the quantum of AXA’s claim subject to a termination right of AXA if the note and related security package is determined to be void and/or unenforceable. Upon satisfaction of those conditions, namely payment of the £100 million (or approximately $125 million) initial installment and the execution by Genworth and AXA of documents contemplated by the note to perfect the security, those agreements not to enforce the judgments will become permanent.

As noted above, Genworth previously paid an interim payment of £100 million to AXA, which was expensed as a part of discontinued operations in the fourth quarter of 2019. In connection with this settlement, Genworth expects to incur an additional expense of $516 million after-tax as a part of discontinued operations in the second quarter of 2020. This charge to discontinued operations is translated to U.S. dollars using June 30, 2020 foreign currency exchange rates and includes the £100 million to be paid by July 23, 2020; the £317 million secured promissory note; an estimate of £107 million for claimed mis-selling losses that are still being processed; and fees and expenses related to the litigation and settlement.

“The settlement removes uncertainty around the amount of the liability arising from the AXA litigation, defers our obligation to make the bulk of the payments to AXA and allows us to move forward with our plans to pursue alternatives to raise capital and meet our near-term liquidity needs, which includes our $1 billion in debt maturing in 2021,” said Tom McInerney, Genworth president and CEO. “These alternatives include a potential debt offering, as well as the ability to prepare for a 19.9% IPO of our U.S. Mortgage Insurance business, subject to market conditions, should our pending transaction with China Oceanwide not close.” 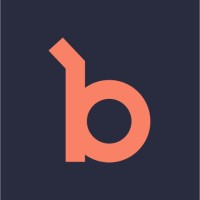 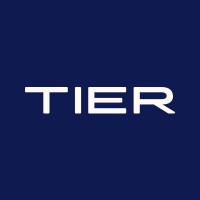 TIER is backed by AXA. 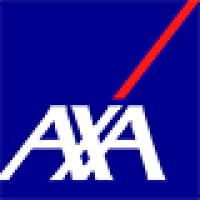 STeP is a digital claims for motor insurance customers.