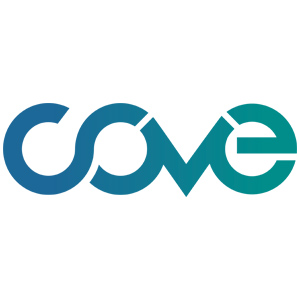 Cove was founded in 2017, and the team has been working for over 18 months, developing an insurance service that enables Kiwis to quote, buy, and manage their insurance from their smart device.

“During the beta period our early customers have purchased a number of policies, and sent over 10,000 messages to the Cove chatbot” explained CEO Andy Coon.

“Our mission is to make insurance in New Zealand simpler, friendlier, and a whole heap smarter” explained Andy.

Unlike existing insurers in New Zealand, Cove customers will quote, buy, and manage their policies through a chatbot accessible 24/7 within Facebook Messenger. If the customer requires assistance, or would like to talk to an employee, they can choose to pick up the phone and get in touch via traditional means.

“Customers told us they want to be able to manage the majority of their insurance tasks within a simple digital environment, but still be able to pick up the phone for more serious issues” explains Chief Product Officer Rob Coon

Cove’s comprehensive car insurance policy will start from just under $30 per month, which customers can customise and build upon with a flexible excess and optional extras.

“We decided to also launch with a phone insurance policy, which will soon expand to laptop and camera policies” explains Rob.

“We’ve found that many people don’t want to insure every single thing they own, from their laptops right down to their bedding and shoes, as is the case with a traditional contents insurance policy.”

“Many people just want to insure the one or two products they value most, and we’ve found this will typically include their mobile phone, laptop, and camera”

Cove is more than just a technology company and has assembled a team of insurance veterans from both local and international insurers. The team comprises of staff who made the switch from Suncorp, Vero, AA Insurance, QBE, Tower, the EQC and Sovereign.

Unlike other insurers, Cove policies will only be available via monthly subscription, and not annual contracts.

“Consumers have shown a strong preference towards companies who offer flexible monthly subscriptions, which can be cancelled or altered at any time.”

“Cove will only offer a monthly subscription option with payments via credit card, not too different from popular services such as Netflix.” explained Rob.

Cove is a coverholder at Lloyd’s of London, who enjoys an A+ Standard & Poor’s Rating.