If Michael Byrne wasn’t working at Drinker Biddle & Reath LLP – one of Crain’s Best Places to Work in NYC – he’d probably daydream about offering legal counsel to Walter White, the star of one of his favorite TV shows, and perhaps, just perhaps, the spin-off would be called ‘Better Call Mike’. 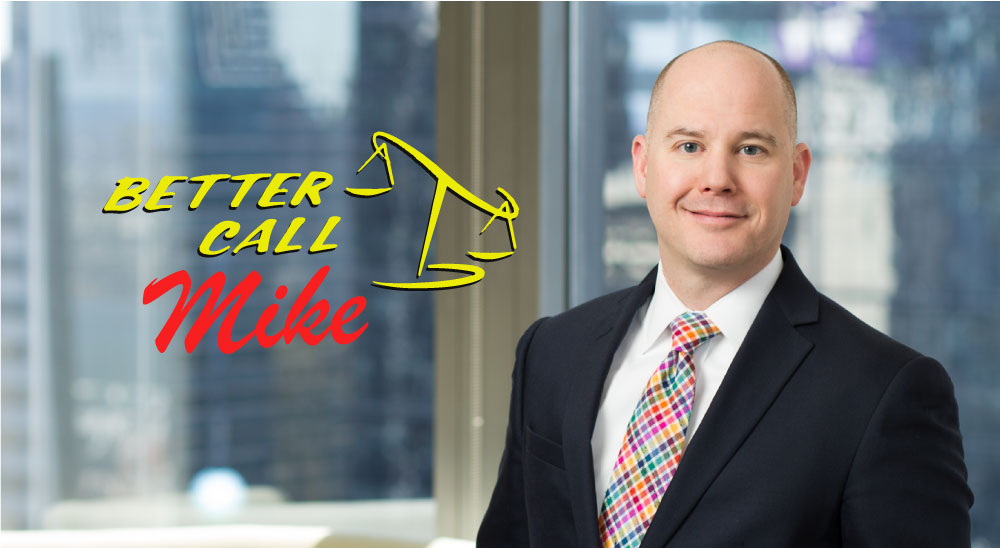 But seriously, if you’re an insurance startup and you don’t know Michael, you better give him a call. Originally from Ewing Township, New Jersey, Michael can be found in Midtown NYC where he helps capitalize, form and license insurtech startups across P&C, Life and A&H lines. Michael also counsels insurers and brokers on using big data, along with assisting in the areas of regulatory inquiries, and regulatory diligence and change in control applications for insurance company acquisitions and investments. But if you think Michael is just about business then you’re wrong. When he’s not booing Colton, The Bachelor, he’s buying one of those weighted blankets online. Here’s what Katie Hannigan has to say about weighted blankets:

If you’re looking for an ice-breaker, ask Michael about his appearance in a Vanderpump Rules episode, or just talk about pizza, sushi, or sushi pizza. And while Superman draws his energy from the sun, Michael gets a kick out of the city’s energy, restaurants and bars, and heading back home.