The CareVoice Completes $2 Million Investment Round

Shanghai-based healthtech The CareVoice announced it has raised ~$2 million in early growth capital. The investment will be used to fuel its insurance business lines, accelerate technology development, consolidate its leadership in China’s major cities and expand to Southeast Asia. The funding round has been co-led by Haitao Capital and SOSV, and involved local Chinese and Southeast Asian healthcare investors. 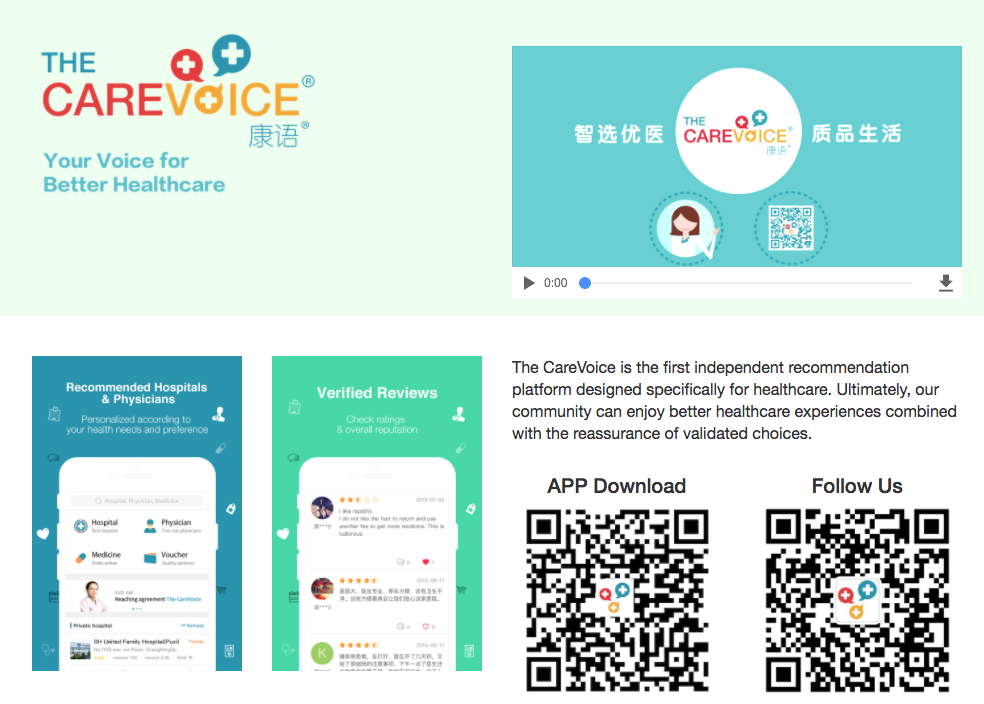 “The CareVoice’s offering is well-timed with the exploding demand for mid-to-high health plans in China. It is a powerful solution for the insurance industry in terms of customer engagement, giving people what they really want: access to transparent, high-quality and personalized services to improve their health, including but not limited to insurance. We believe the startup’s vision of building an inclusive business ecosystem is going to set the tone for the health insurance industry in years to come . In just a couple of months, key players such as AXA, Ping An and Chubb became customers of The CareVoice, and the on-boarding rate of newly-insured members has increased 10 times, reaching more than 50%” – Geoffrey Handley, General Partner at Haitao Capital.

The CareVoice, operational since 2014, was founded by Sebastien Gaudin, who was later joined by cofounders Jan Velich and Neil Liang. It allows consumers to find health and wellness providers, and easily take advantage of their insurance benefits.

Thanks Shefi for running our news. For sake of clarity, our startup was founded in Shanghai and started to be operational in 2014. I was the sole founder back by then. My two co-founders, Jan Velich and Neil Liang joined me after last’s year pivot into health insurtech. Geoffrey Handley is the GP of Haitao Capital and our lead investor for this round (not a founder).

Cigna partners with The CareVoice

The companies will offer a choice of flexible medical and critical illness protection, supplemented by comprehensive digital healthcare services that are designed in response to women's health needs across their different life stages.