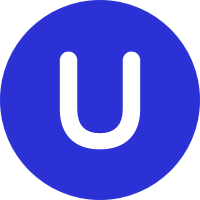 Automating the insurance customer experience: is RPA really the answer?

Robotic Process Automation (RPA), as a category, has been on a tear lately. Gartner, after its initial reluctance to even recognize RPA as a category, has now ranked it as the fastest growing segment of the technology sector for the past couple of years. Astronomical valuations, record-breaking funding rounds and indeed some slick marketing by leading RPA vendors have done a great job obscuring some of the cautionary tales, especially for insurance carriers to hear before they jump headfirst into implementing RPA within their organization. Carriers who fail to fully understand what RPA is and, more importantly, what RPA is not, may find themselves creating new problems of greater consequence. This includes surprises about the gaps in the perceived intelligent automation capability of RPA that can only be addressed by finding and introducing additional solutions.

The initial appeal of RPA to insurance companies was also understandable, based on their historical expectations of cost and technical complexity. Carriers are well-accustomed to multi-year and multi-million-dollar marathons to upgrade or replace just one of their core systems. It can feel far more like a relay race – once the loop of policy, underwriting, claims and billing applications have been modernized, it may be time to begin the cycle again. Enter RPA: with its promise of deploying bots in weeks to automate typically low-hanging tasks swiftly and delivering return on investment (ROI) in months. It’s no wonder that insurance carriers have been some of the earliest adopters of RPA.

Just because RPA can be less expensive and less complex to introduce, compared to an entirely new core system, it does not diminish the due diligence to ensure an insurance carrier selects the right, and more importantly an intelligent automation solution to address their needs. Not only does that warrant a complete understanding of the problems to be solved, but also it  requires diving deep enough to identify all of the people, processes, and technology changes that will be involved. Both of these dimensions have an important duration component to define up front – how long will the RPA solution need to be sustainable and in turn, how much will it need to be able to scale as the carrier grows. When any technology solution is not taken seriously enough during the assessment and selection process, it is prone to also have shortcomings in its implementation, usage, expansion and support.

RPA is a software technology that allows companies to create robots (“bots”) to automate rules-based, high-volume, repetitive tasks. These “bots” are not real robots but are a form of software code (scripts), which can replicate or mimic how humans interact with various applications on a computer. RPA is designed to automate a discreet activity that never varies. One way to help understand RPA’s fit is to imagine having two spreadsheets, where you always need to copy the contents from column A in the first sheet and paste it into column C in the second spreadsheet. The process never varies, and there is no requirement to check for accuracy or completeness.

RPA’s static approach to automation means it does not learn. Rather, each discrete task automation is its own bot to build, test and then support. To illustrate what can constitute a discrete task in insurance, think about our prolific use of forms. For example, some agents use an ACORD form to report a customer’s auto claim to the insurance carrier. ACORD updates their forms periodically, which means carriers are receiving multiple versions of just this one type of form. Then, layer in jurisdictional car accident forms, like those created by each U.S. state, which also change over time, and you can imagine the large number of formats in play for the exact same event.  And we haven’t even touched on other lines of business, from Group Benefits, to Property, General Liability, and Worker’s Compensation, where the same scenario of multiples exists. Other examples include the many formats that agents or brokers may use for quote submissions or policy change requests.

For RPA to move the data from each unique form into a claim or policy system requires its own bot.  This means not only quantity at initial implementation but a continuous process to address new forms, where another new bot must be created. And as new forms or form versions continue to emerge, operationally a carrier has to plan for initial manual processing until the new bot is ready. Over time the carrier must also plan for an increase of RPA bots that must be monitored and supported. This means the initial business case to spend on RPA erodes over time. The total cost of ownership (TCO) balloons as a carrier has to both build and maintain more and more bots over time. Insurance companies that mistake the initial ease of creating one bot to mean that RPA’s usage and expansion does not need governance will see the cost over time outweigh its value. And the scope of the resulting automations could be cementing a carrier into legacy processes that contend with their strategic objectives.

How is Artificial Intelligence (AI) Different from RPA?

AI focuses on technology designed to simulate human intelligence in being able to understand, react and learn. Think about the advances in cars, like parking assist and lane departure warnings, as examples of AI that are improving our daily lives.

Some AI platforms incorporate Machine Learning (ML) that is able to study large data sets and learn, creating an understanding of words, including when word combinations indicate intent. This ability to learn also means that ML gets smarter over time, as it continues to see more and different data. If you were wondering how Netflix and Prime Video remain on-point with their movie recommendations – that’s ML in action, continuously learning from your viewing choices to become smarter over time about your unique preferences.

Reflecting back on the RPA in the context of the example of form processing automation, ML makes this an entirely different experience to both implement and maintain. Compared with the “automated copy-paste” capability of RPA that is built and maintained one document type and version at a time, ML is trained up front by being given a high volume (thousands) of examples, spanning multiple form types and various versions.

ML learns from the example data set how to recognize different forms that have the same purpose (say, to report an auto claim) but may be different form editions (2018 versus 2021). And ML’s training enables it to distinguish an auto claim form from a property or a general liability one. As time moves on and more forms are received by an insurance company, ML continues to learn through its own processing. While different editions of the same form would require a net-new RPA bot even with minimal differences in the new form, ML is positioned to understand and automate without intervention.

The Best of All Worlds for Insurance Experience Transformation – Intelligent Automation

Intelligent Automation (IA) platforms empower insurance carriers to meet their customers, agents, brokers, members and claimants wherever they are – phone, text, web or email. And IA platforms can bring the right level of automation to the complexity of each task. This includes the power of being able to learn, analyze and make decisions to respond to customer needs in real-time.