Argo Group has announced the retirement of Mark E. Watson III as Chief Executive Officer, effective immediately. The Board of Directors has named Kevin J. Rehnberg as Interim Chief Executive Officer, effective immediately and subject to Bermuda regulatory approval. Watson will continue to serve as a member of the Board and as an advisor to the Company until December 30, 2019 to ensure a smooth transition.  On behalf of Argo’s Board of Directors, Chairman Gary V. Woods said, “The Board thanks Mark for his 20 years of service and his leadership in building the business, and wishes him well in his next endeavor.”  Mark Watson said, “It has been a great honor to build and lead this great company, and I look forward to its continued success under Kevin Rehnberg’s leadership.”

Since January 1, 2019, Rehnberg has been President, Argo Group U.S., Inc., head of the Americas and Chief Administrative Officer. From March 2013 to January 2019, Rehnberg was President of Argo’s U.S. Operations, overseeing all activities of Argo’s U.S.-based business segments.  Chairman Woods said, “Argo’s Board of Directors has complete confidence in Kevin’s ability to lead the Company. Kevin’s extensive leadership experience, including his strong track record running our Americas business, will ensure a smooth transition and position the Company for continued growth and performance.

Rehnberg said, “It is an honor to take on the interim CEO role and along with Argo’s talented leadership team, I’m proud to serve our clients and distribution partners. Argo is well positioned to continue delivering strong results for shareholders through profitable underwriting, long-standing relationships with distribution partners, operational excellence and disciplined capital management. We have also demonstrated the ability to unlock significant efficiencies and enhance customer service through technology and innovation. I will remain focused on these operating strategies.”

Before joining the Company, Rehnberg served as executive vice president for specialty lines at OneBeacon Insurance, where he oversaw specialty underwriting operations and acquired and built new lines of specialty business. Prior to that, he held positions at The St. Paul Travelers Companies, Liberty International and Chubb Corporation. He has a bachelor’s degree from Princeton University.

The independent directors of the Board continue to conduct their review of governance and compensation matters. The Company continues to believe that the amounts involved are not material to the Company’s financial position or results of operations. The Company is also fully cooperating with an investigation by the Securities and Exchange Commission with respect the Company’s disclosures of certain compensation matters.

Argo Group to sell Ariel Re to Pelican Ventures and J.C. Flowers

Closing of the transaction is subject to regulatory approval and is expected to occur in 2020. 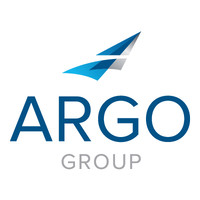 The company intends to put this business into run-off immediately, resulting in a staffing reduction of approximately 20 positions from Argo Insurance and its dedicated claims team.