Headquartered in London with a presence in seven countries, Volante provides niche, specialist (re)insurance products. Its 2021 premiums were approximately $350 million and are forecasted to reach nearly $1 billion by 2025. As part of this announcement, Acrisure is acquiring all of Volante’s brands, including Aesir Space, a London-based specialist space MGA; Horizon Europe AG, an MGA focused on the European P&C sector; and all territory-based MGAs like Volante Germany and Volante Canada.

Prior to the transaction, Volante’s majority investor was Nephila Holdings Ltd., a subsidiary of Markel Corporation.

“Volante is an important strategic component of Acrisure’s ambitious MGA strategy and accelerates our value chain compression initiative. In particular, we value Volante for being highly skilled underwriters in an entrepreneurial culture given it’s a founder-led company under Talbir Bains. Talbir has grown a highly profitable and financially attractive platform in a short period of time. Reaching $350 million of premium in just three years is no small feat and we expect this number to increase substantially over the next few years.” – Greg Williams, co-founder, CEO and president of Acrisure.

“We are delighted for Volante and Acrisure on their new partnership. When Talbir approached us in 2017 for investment capital, we were confident in his abilities as a leader, an entrepreneur and an underwriter. He has achieved tremendous success much faster than we could have imagined, and we are thrilled he has identified a new partnership in Acrisure that will enable him to achieve even greater success in the future.” – Frank Majors, founder and co-CEO of Nephila.

“Nephila has been an outstanding investor and we’ve cherished working together the past four years. When the exploratory process began in 2021, our objective was to ensure that future ownership would match the alignment that we’ve defined and delivered to capital providers. From my first conversation with Greg Williams and Grahame Millwater, it was clear that Acrisure was the perfect Partner for this next phase, where Volante’s underwriting integrity and risk intelligence will both be sacrosanct and empowered, respectively. Joining Acrisure will spur Volante’s growth, predicated on delivering the highest underwriting margin to our capital providers.” – Talbir Bains, founder and CEO of Volante.

“Volante was compelling to Acrisure, given its diverse portfolio of risk, unique model providing optimal alignment with underwriting capital, and depth of underwriting talent. Talbir has been a colleague and client of mine for over 20 years, and I have the utmost respect for his values, work ethic, and underwriting and analytical excellence. I am delighted to welcome Volante to Acrisure as we continue our journey of building a unique distribution platform with an ability to take our risk portfolio to multiple forms of underwriting capital.” – Grahame Millwater, president of Global Insurance at Acrisure. 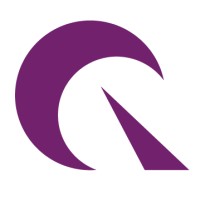 The collaboration marks Markel’s entry into the stop loss segment. 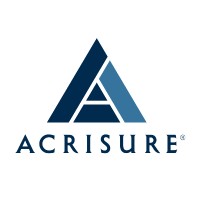 A wholly owned subsidiary of the Abu Dhabi Investment Authority led the round.

The acquisition of Summa is Acrisure’s first expansion into the Spanish market.