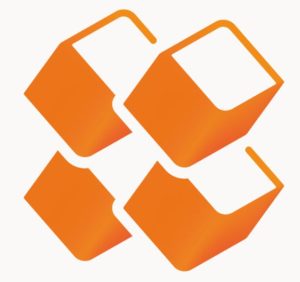 The best perk of working at a global company is talking to customers in various countries about their operational challenges and best practices, and the ability to compare their figures. Let’s look at some lessons learned from comparing two years of actual FRISS data.

Most major life events are fairly predictable and happen as a regular part of someone’s life: marriage, babies, divorce, buying a home. Most sound nice, yet from an insurance perspective they could be seen as financial stressors. Obviously in the past years, a lot of stress hit us. So, in looking at the data, what happens when the whole world is thrown into uncertainty? What effect does it have on fraud? Let me guide you through our data and investigate some answers. Having stood in the adjuster’s shoes, at the end I also provide you with some actions I would take. 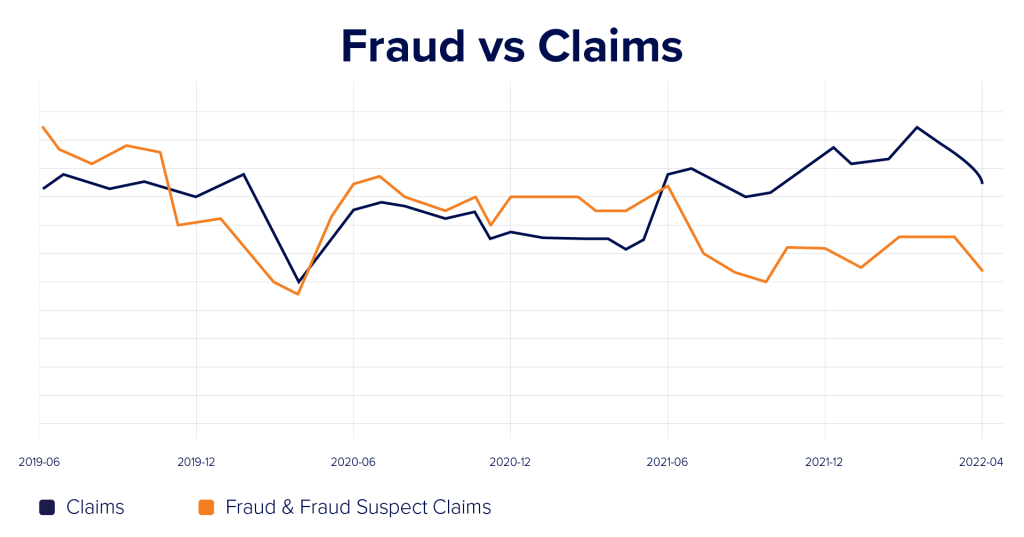 As the world was shutting down due to the pandemic FRISS saw a drop in the number of claims being processed globally, and fraud cases dropped right with it. If you think back to those first few months of the shutdown there was a lot of uncertainty. There was a question of how governments would react – how would they support people as industry came to a halt.  During that uncertainty we would expect a large spike in fraud. There could be a dozen reasons and we may never know, but two reasons do come to mind – either the change in Claims/SIU operations caused some fraud to slip through the cracks, or the fraudsters were focused elsewhere.

COVID changes to operations and the effect on Investigations

We all remember some of the changes that occurred to operations when COVID hit. KPMG research shows that eighty-five percent of insurance CEOs believe COVID-19 has accelerated the digitization of their operations and the creation of next-generation operating models.

One of the most notable was special investigations units going virtual.  This didn’t happen at every carrier, however it seemed to be fairly widespread. Some might argue that this change meant fraudulent cases were missed – or investigations were not as effective as they could have been. This makes sense when we think about being face to face with someone and the extra pressure that would put on a claimant who may have misrepresented their claim. However there were tradeoffs – these carriers were saving money on travel expenses – and in theory investigators could handle more cases when they were virtual than in person.

We can only guess at the conversations leaders were having about this new model. They seemed to be having the same fraud mitigation impact without the travel. Since the world began to open up, something has shifted. As the global stats indicate, claims volume has continued to rise while the fraud volume has fallen. The question then becomes whether there is less fraud in the industry, or is there fraud slipping through the cracks? The stats only show us what we catch.

I remember my former coworker telling me about a wildfire catastrophe he was working and how he caught a man on drone video setting fire to his home.  I would like to say this is an isolated incident, but we all know that when catastrophes occur fraud skyrockets.  According to the University of Portsmouth we should have experienced a spike in fraud during COVID.  So why didn’t we?  Well the same article goes on to state a 400% increase in COVID and cyber related fraud.  This makes perfect sense.  One major part of the fraud triangle is opportunity – fraudsters will always go where the opportunity is greatest with the least amount of risk.  In this case that was into the new market of COVID testing where money was running freely with very few checks for authenticity. Perhaps our usual suspects were busy elsewhere.

In reality both operational changes and COVID-related factors played a role in the recent P&C fraud arena.  There are many other factors that are playing a role. Regardless, the question is: What now?  P&C is again a big target for opportunistic fraudsters, so now is a good time evaluate a few things:

These are all starting points towards impactful changes to your organization. I’m happy to talk with you about how to implement the steps – because that’s what I love to do. And let’s be honest, your trustworthy customers deserve that.

Andrew Enochs‘ career has taken him into several different industries and skill sets. His various jobs have given him the opportunity to learn insurance, background investigations, HR, contracting, software development, process engineering, and others. What he has learned is to make progress you must start with a well-defined problem and learn what you need to in order to fix that problem. You won’t fix it on the first try, or even the second, but if you keep asking questions and keep focusing on the problem a consumer has, then you will hit a home run.

He uses all of the tools to deliver exceptional value. He does this by falling, encouraging the team to fall, and in doing so learn what we need to do in order to solve a problem.

FRISS is a Guidewire PartnerConnect Solution partner. Make sure to meet the FRISS team in Las Vegas at Guidewire Connections, booth S9.

Good processes are at the heart of maintaining customer trust. There is however a key factor holding back the speed of insurance: trust. Therefore, FRISS today announced the launch of their Trust Automation Platform.

"In claims management, we are pleased to be able to connect our customers to a highly innovative and automated AI solution for fraud detection through our partnership with FRISS," states Thomas-Michael von Zelewski, Head of Sales at msg nexinsure.