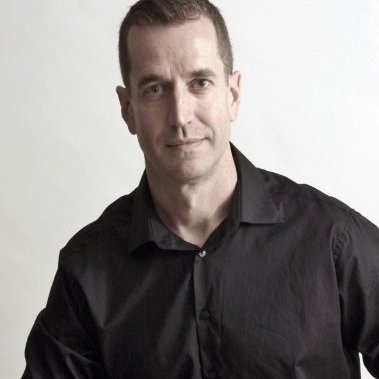 My love affair with Flo from Progressive began innocently . My sixteen-year-old son had recently received his driver’s license, causing my car insurance premiums to blow up like a Trump-style Twitter rant. Why should putting a hormone-fueled young man behind the wheel of five thousand pounds of steel and allowing him to drive it at high speeds among other citizens affect what I pay in car insurance?

Although an agent myself, my expertise is not in personal auto. So, to ease the financial pain, I strolled a few doors down and another agent showed me her comparative rater. I discovered it was a dating service for insurance quotes. We built my profile as it asked questions so personal, they would’ve made my doctor blush. But in the end, it matched me with five options. I could choose which one I wanted and pay right on the spot.

When I glanced Flo’s offering, I knew we’d be a match. I thrilled at her 1950’s styled hair, strawberry red lips, foot-long fake eyelashes, and sophisticated blue headband. But truth be told, I was attracted mainly because she was a cheap date. Her rates didn’t require I take a night job, so I accepted the quote and we became a couple.

Signs of incompatibility began to emerge after she moved in…to my car. Apparently, I’d missed the fine print on the dating site instructing me that, in order to maintain my low insurance rates, Flo had to go with me wherever I drove. This was accomplished by plugging a small electronic device into my car that beeped when I braked too hard. Progressive calls it Snapshot. We consumers know it as the Ball and Chain.

Snapshot immediately proved problematic. It was too sensitive. I’d be enjoying the drive when it would beep angrily when obeying stop signs, or braking for wandering cats. I felt as if Flo were sitting in my passenger seat, perfumed of rose, sun glinting on her cheeks, when suddenly her expression would twist into a snarl and she’d scream obscenities.

I’m a quick study, so I began to use the brake only as a last resort, and then with the faintest of pressure. Like Flo’s temper, I imagined the pedal an egg I didn’t want to crack. My slow pace engendered honks, shouts, and gestures suggesting anatomically impossible acts from drivers stacked behind me. But Flo was happy. I adjusted my morning routine to allow for my extended commute, and life was peaceful again.

Until highway on-ramps ruined the mood.

Do they no longer teach how to merge in driver’s ed? Apparently Flo does not like defensive driving. After she yelled at me for the tenth time as I pressed the brake to avoid rear-ending a “merging” vehicle, my driving tactics become what at least one police officer later claimed to be aggressive. I no longer politely made room when the car next to me blinked frantically and started to nose in. And yellow stoplights no longer meant caution, but instead were my signal to stomp my foot and accelerate through the intersection. As long as I didn’t touch the brake, I could’ve run over Brad Pitt and Flo would’ve beamed and told me she’d never liked his movies anyway.

A few nights ago, an epiphany hit me as I was driving a twisty country road, my nerves on edge passing through patches of fog. I’d been cruising under the speed limit, rounding a corner, when my lights flashed upon two deer on the shoulder. I had plenty of room to come to a safe stop, but it would mean angry beeps from Flo. Instinctively, my foot went to the brake. The entire time the vehicle was slowing, I strained to maintain only light pressure on the pedal. The closest deer stepped into my path and I yanked the wheel, passing just before its nose. But then its partner decided it would be a good time to meet Jesus and sprint in front of the two glowing orbs screaming by. I twisted the wheel the other direction, cut my tires and drifted sideways, just grazing its tail as I zipped past on the opposite side.

I waited for Flo’s angry outburst from Snapshot. Surely I’d stepped on the brake too hard and she was going to hike my rates another 10%. But the only sound was the rattle of gravel in my wheel wells as I coasted back onto the road. I marveled at my revelation. Flo had just freed me from a burden I didn’t even realize I’d been carrying. My entire life, I’ve been a conformist. Enough! No more. Why submit to the rule of law? Stop signs are optional for me now. Yellow lights a suggestion. And animals that wander into the road are a live-action slalom course. My love of driving is back!

No relationship is perfect, and we still have our disagreements, but Flo and I are a match to stay . My driving record may be getting stacked with moving violations, but she just bats those lashes, squeezes my leg, and says, “We’ll talk about that when the policy renews, dear.”

// David McCaleb is an insurance agent and novelist. Read more at www.davidmccaleb.com.